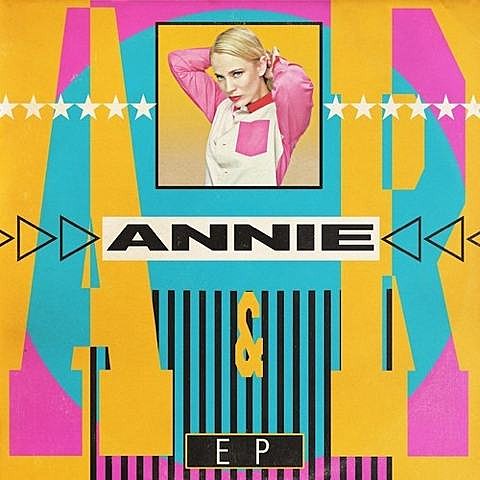 It's been four years since Norwegian pop singer Annie released Don't Stop. She's guested on other people's records, but has basically been quiet since. That changed this week with the release of a new EP, A & R, the title of which nods to her longtime producer/collaborator, Richard X. The EP format works well for Annie: five ultra-catchy songs, no filler, in-and-out in 20 minutes. It's not only a welcome return for Annie but also Richard X (who hasn't really gone anywhere but whose style is a bit out of fashion) and they definitely bring out the best in each other. It may also have you pulling out Anniemal for a re-listen.

You can watch the clever, none-more-'90s video for "Back Together" (written by Little Boots) and stream a couple more songs below.