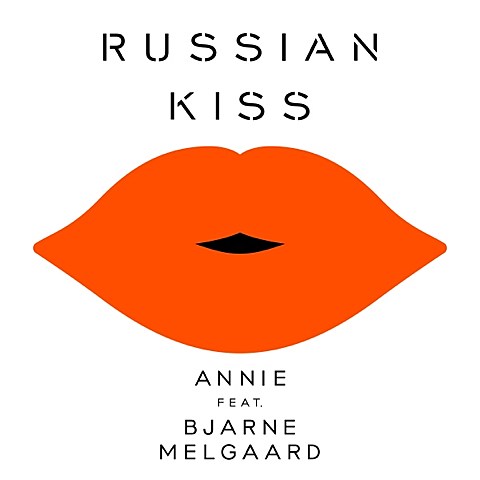 Norwegian pop singer Annie has teamed up with visual artist (and fellow Norwegian) Bjarne Melgaard for a song/short film, "Russian Kiss," in protest of Vladimar Putin and Russia's anti-gay laws. Released today (2/7), timed with the kickoff of the Sochi Olympics, the song's mantra is "shake a fist for the Russian kiss" and the video, directed by NYC filmmaker Richard Kern (known for his work with Sonic Youth, Lydia Lunch, Henry Rollins and others), depicts multiple same-sex couples making out. The song is supported by Norwegian free speech foundation Fritt Ord and Music Norway, and part of the iTunes proceeds go towards gay rights organization All Out.

In related news, you can check out pictures of ex-Pussy Riot members Masha and Nadya at last night's NYC appearance at The Spotted Pig.

More info on "Russian Kiss" here. The video and a message from Annie below...

The Winter Olympics are not just skating styles, waxing techniques and jump lengths. The Winter Olympics are also deep emotions: interpersonal, national, and global. Millions of TV-viewers are witness to these emotions. Usually, they find their expression in embraces and kisses. You can observe this at the finishing area and during the medal ceremony -- teammates embracing each other, winners kissing their partners.

This may be difficult when the Olympic Games take place in Sochi in February. As we know, Vladimir Putin has introduced laws prohibiting gays and lesbians to show their love in public in Russia. Furthermore, it is prohibited to talk positively about homosexuality in public. This is the reason why an increasing number of leaders worldwide have decided to boycott this year's Olympics. In Norway, the political leadership has rejected calls to remain at home. As a great power in winter sports Norway is in a unique position to flex its muscles in a situation like this. This could have been an occasion for Norway to stand up for the fundamental right to express your feelings towards the one you love.

In Norway, many gays and lesbians -- and not only gays and lesbians -- have reacted against this. One of them is one of Norway's best-known elite artists: The New York-based artist Bjarne Melgaard. Therefore, at the beginning of December, together with the Norwegian songwriter and performer Annie, he took the initiative to Russian Kiss: a short movie about the right to kiss one's beloved -- regardless of sexual orientation -- wherever one likes.