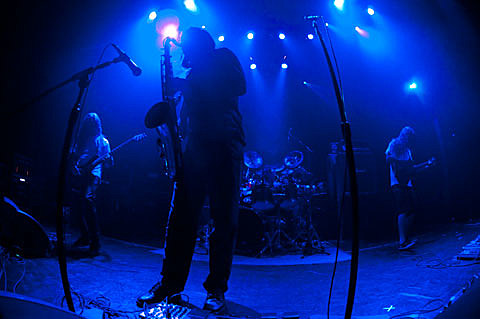 I am proud to announce the official BV-BBG CMJ showcase, going down in Brooklyn at Saint Vitus on October 20th! The show will feature six bands, all of which will be exclusive to this show:

Headlined by avant-garde metal favorites Yakuza featuring frontman Bruce Lamont, the show marks the band's first appearance in NYC in two years, this time to celebrate the release of their new LP Beyul, due on 10/16 via Profound Lore. Royal Thunder's return engagement is their first since a jaw-dropping appearance at Knitting Factory last month, and the noise-punk stylings of Fight Amp, the vicious crusty hardcore of Enabler, cello-explorations from Helen Money and Brooklyn post-rock/hardcore favorites Sannhet round out the night. Tickets are on sale and a paltry $5 or you can use your CMJ badge (a limited amount of badges will be let in, first come, first served).

While you're at the show, make sure and take advantage of the complimentary Pabst Blue Ribbon and Sailor Jerry rum, while supplies last, And take advantage of drink specials for both on through the night! Oh, and to save you afterwards, we'll also be serving free Mercy hangover prevention.

Listen to all the bands below...