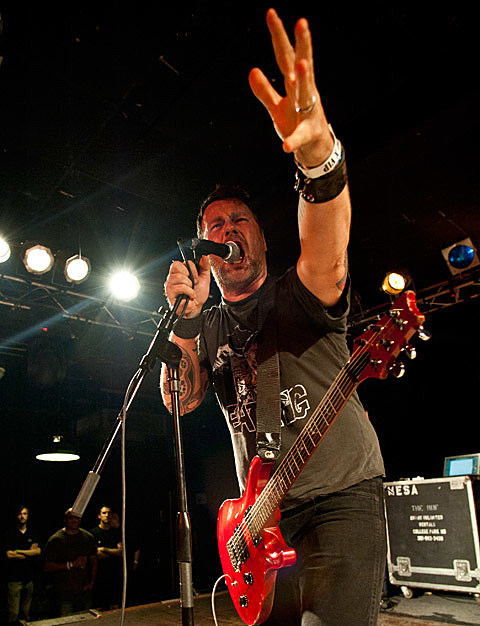 Invisible Oranges, in association with BrooklynVegan and my forthcoming Noisey video show Heavy Dicks, are proud to present the first annual Invisible Oranges day party during SXSW 2013! IO & HD take over the indoor stage at the old Emo's at 6th & Red River aka The Jr on March 15, as part of the four days of two-stage BV parties at the venue. The free show, running from noon until 6PM, will feature the following bands:

Today is the Day, Black Tusk and KEN Mode are currently on a North American tour, and will play Saint Vitus tonight (3/6) and 3/8 at The Studio at Webster Hall. The package tour also puts Fight Amp on both NYC dates.

"Heavy Dicks" is a new show premiering on Noisey in the coming months that is centered around metal. (Full disclosure: I'm one of the hosts.) Check out the trailer for the show alongside a new Today is the Day video for "Sick of Your Mouth," below....