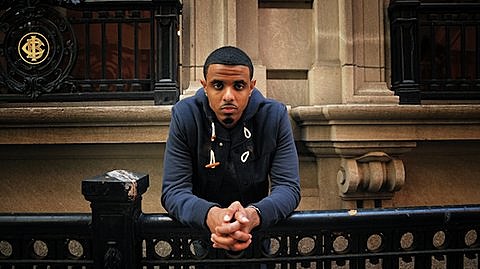 NYC newcomer emcee Anthm is readying his new EP, Joy and Pain, due out on June 12. Unlike the cloud rap of fellow NYC rapper A$AP Rocky or the throwback hardcore hip hop of Action Bronson and Mr. Muthafuckin' eXquire, Anthm has more in common with the neo-conscious west coast rap of Kendrick Lamar, Ab-Soul, or Blu, who appears on his newest joint, "Polaris." The two rappers work well together on top of RJF's chilled-out beats and tampered vocal samples. You can download that track, along with another Anthm cut called "Life Imitates Art," above, or stream them below. Also below is the video for "Manhattan."

Anthm and Blu will share a bill in NYC at the 2DopeBoyz-presented show at SOB's on June 13 with Bryant Dope. Tickets for that show are on sale now. The flier for this show is below.

Speaking of Blu, he just dropped a new single, "Kiss the Sky," last week (5/22) via Coalmine Records with guest vocals from Mela Machinko, production from M-Phazes, and cuts by DJ Dutchmaster. Stream that below, along with a list of all Blu dates, the Anthm song streams, video, and flier for the SOB's show. 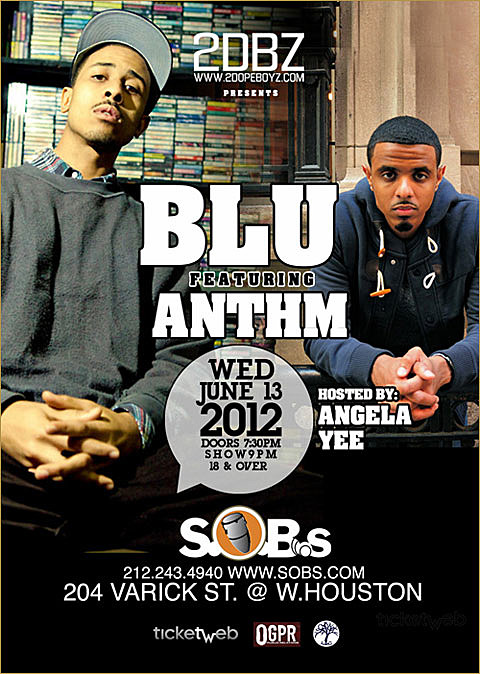