"Damn homeboy in M83 has the weakest slap I have ever seen...inviting the crowd on stage is almost as stupid as stage diving to watered down synth-pop" - Jay Reatard 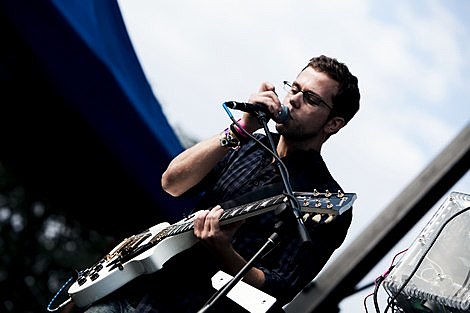 Anthony Gonzalez of M83 played a free NYC show at the WFC Winter Garden on July 14th. He then traveled to the Pitchfork Fest for a set on July 19th (which is where the photos here are from). On the way, Gonzalez had a bit of trouble at his show in Columbus, OH.

Moments before M83's set came to a finish, during closer "Couleurs", Kibby invited the mainly docile crowd on stage to "bring down the house together." While 30 or so accepted the invitation (including myself), and one concert-goer even went so far as to knock over the glass shield in front of Maurin, all three members remained unfazed and continued through their dynamic jam. Unfortunately, not everyone held those exact sentiments.

Production staff at the Wexner Center started breaking it up. Fans were ushered off stage, then abruptly pushed off, to which it became a screaming jamboree. Although the fans followed orders, Gonzalez was not happy. He wasn't having it. Because 30 seconds later, he waved fans on stage again, all in the name of dance. This time, however, production staff became angry, violent, and irate. Immediately, they pushed oncoming fans off the stage and stood at the front blockading people from jumping back up. This didn't sit well with Gonzalez, who blew up, yelling "Fuck you" into the microphone at the production staff for messing up their set, all while the two accompanying musicians continued playing. You can only imagine the musical genius at hand.

While one member of their touring staff tried to quell the argument, it was too late. Gonzalez left his post and confronted the production manager for the venue head on, hitting him violently with the open palm of his left hand. The crowd, which continued dancing, appeared stunned as well. Strangers turned awestruck to their neighbors as if to say, "Did you see that?". What's more (and kind of, um, bad ass), the band actually finished its song, and Gonzalez jumped into the excited crowd, who threw him up jubilantly. Soon after, M83 exited and the fans dispersed, knowing they not only saw a great show, but saw their newfound hero (Gonzalez) kick ass in their name.[Consequence of Sound]

This morning (as reported by Pitchfork), Anthony issued an apology.

That apology, a video of the event and Gonzalez discussing it the next day at Pitchfork (as the Thermals play in the background), with more pictures from Pitchfork, below... 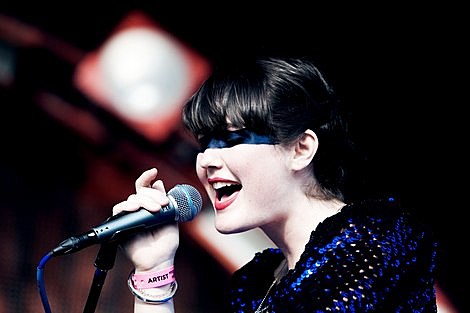 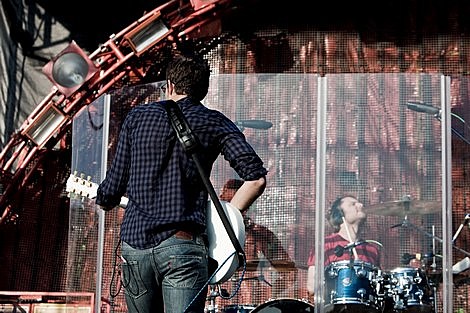 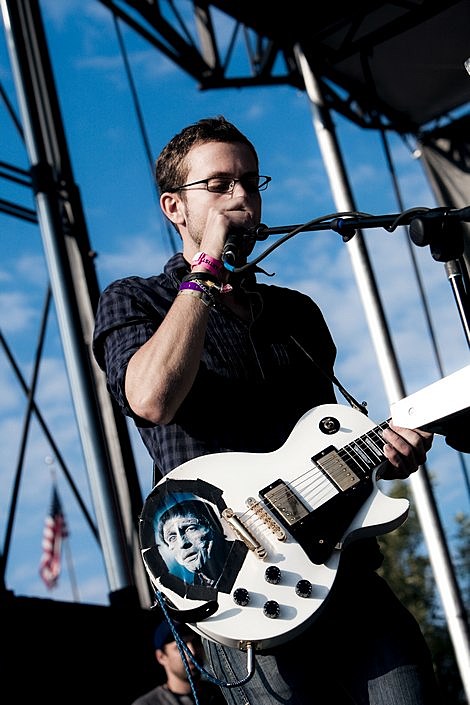 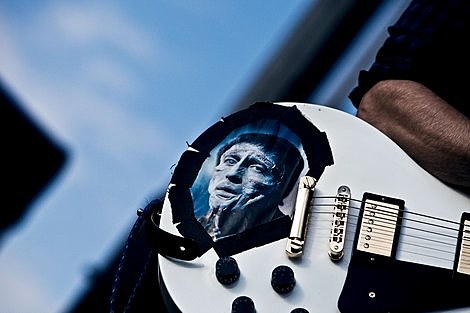 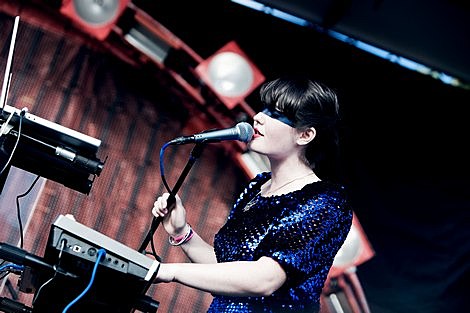 Statement regarding events at M83's performance at the Wexner Center, Columbus, OH on the 18th July 2009.

I've been thinking about the events that happened at the end of show in Columbus last Saturday. Time and distance has given me the space to realize that my actions were clearly inappropriate. I wish to emphasise that inviting the crowd on stage was in no way calculated but simply a result of being caught up in the intensity of the moment and essentially celebrating what I believe had been a very positive and enjoyable performance for both the band and the audience. In retrospect though I understand why such actions were not the wisest and why the staff at the venue had requested me not to encourage the audience on stage. I sincerely apologize for the way I handled the situation, and in particular for trying to physically interfere with security staff at the venue who I fully accept were only trying to do their job of ensuring proper protection for both the band and members of the audience.

My reactions in the heat of the moment have caused me much regret and once again I offer my sincere apologies to all persons concerned with the show and at the venue. I feel that it is important to issue a public apology as I do not wish my actions to be perceived as in any way as condoning or encouraging aggressive behaviour.