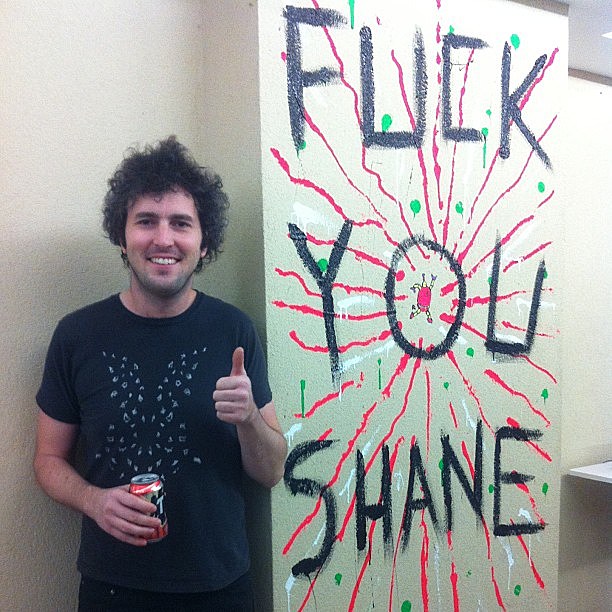 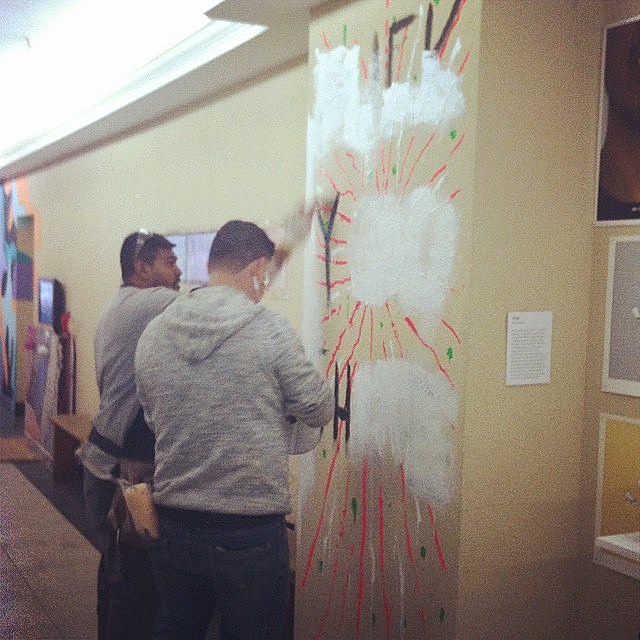 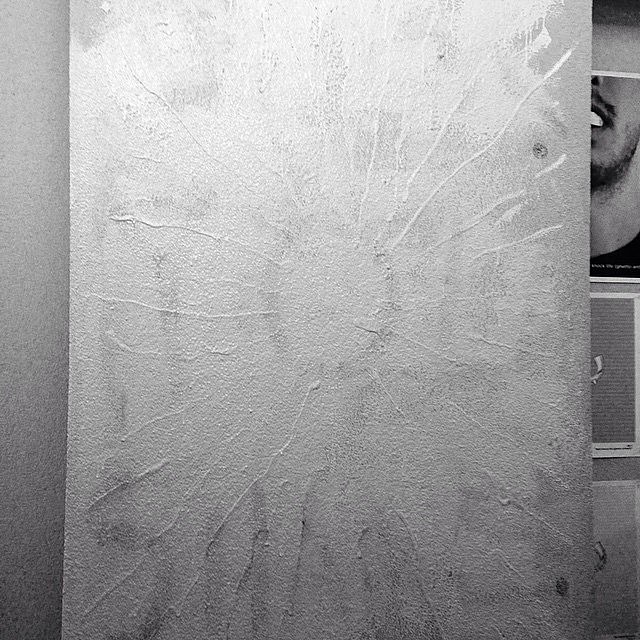 Williamsburg DIY venue Death By Audio, which closes forever after 10 more shows, is currently hosting an art exhibition called 'Death By Art' to accompany the venue's demise. One of the pieces of art on display is/was a mural that read "Fuck You Shane". It probably isn't a coincidence that the masterpiece in question was up at Death By Audio who are losing their lease to Vice, and that Vice's CEO and co-founder is named Shane Smith.

Construction on the building in preparation for the new tenants has been ongoing. In fact, water came pouring through the venue's ceiling almost a month ago. Today, two workers (pictured above), entered and painted over the mural. "Censorship brought to you by ...rhymes with nice", wrote one in attendance. It's unclear who ordered the new paint job, but apparently the residents of Death By Audio were powerless to stop it.

Meanwhile, Death By Art continues with an even more meaningful display, and Dan Deacon headlines the 10th-to-last show tonight (11/13). Prince Rama performs an exorcism before he plays.