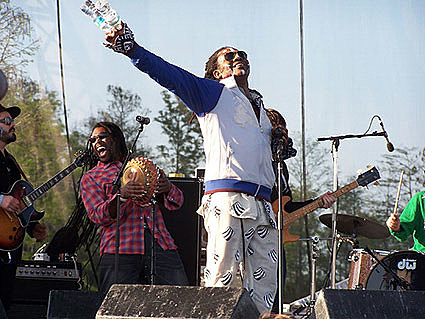 Antibalas are one of the many artists playing a benefit show for the Scotty Hard Trust at Highline Ballroom in NYC tonight (March 19).

At 3am on Friday, February 15, 2008, music producer Scott Harding was the victim of a car crash, returning home from a late night mixing session. The cab he was riding in was broadsided by a stolen car; the impact crushed Harding's T5 vertebrae, leaving him partially paralyzed. Scott's condition is serious and like many dedicated musicians he is without health insurance and is facing very large medical and legal fees. [Scotty Hard Trust]