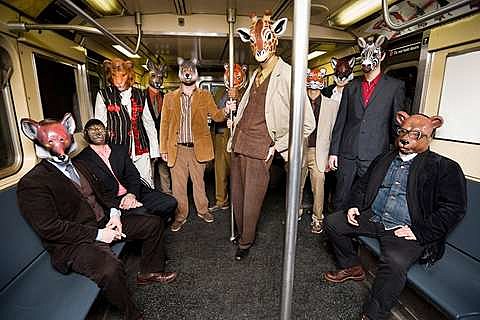 As mentioned before, Anitbalas will open for Sharon Jones & the Dap Kings at the free Williamsburg Waterfront show on August 18. Before that the Brooklyn ensemble are playing a few shows on the West Coast. All tour dates are listed at the bottom of this post.

Antibalas' Williamsburg Park show is a record release show for their new album which is out August 7 on Daptone. It's their first album in five years and you can check out "Sare Kon Kon" from the album below.

The half decade since their last album has been spent working on the Tony-winning musical Fela! -- many of the members also in the show's house band. The show's been on a world tour and returns to Broadway July 9, 2012 to August 4 at the Al Hirschfeld Theatre and tickets can be purchased here.

Song stream and tour dates are below...