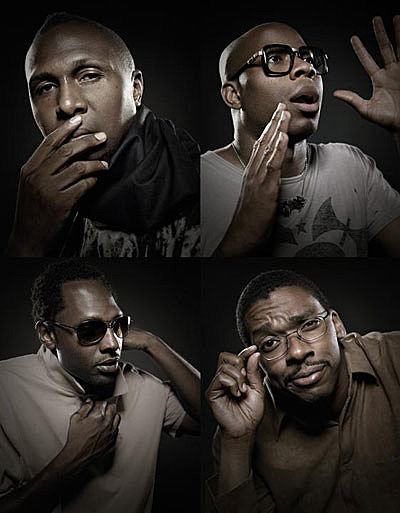 It's been 10 years since they originally formed to "disturb the equilibrium" of hip-hop, and five years since they broke up, citing creative differences after releasing the 2002 album Arrhythmia. But the four members of experimental hip-hop group Anti-Pop Consortium (Earl Blaize, M. Sayyid, Beans, High Priest) have reunited with plans to make a new record. [Pitchfork]

Tickets are on sale for two shows at Knitting Factory in NYC. All dates below...