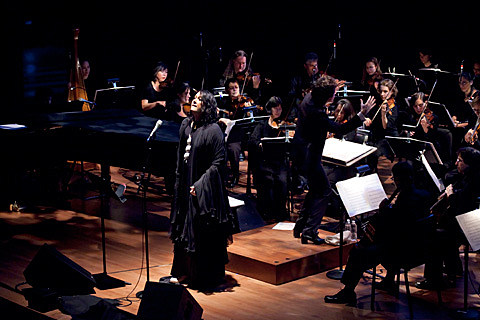 "This is how it must feel to be an ovum," the singer Antony Hegarty said with a tone of gentle amusement as latecomers flooded down the aisles of Alice Tully Hall during the concert he presented there on Saturday night. It was the second time this singer, who goes by his first name, stopped to let stragglers find their seats. Earlier he had abruptly cut off a song just started -- "Ghost," from his rapturously lovely new album, "Swanlights" -- then tried to smooth over an awkward silence by whistling Satie's "Gymnopédie" No. 1...

...Here, performing as part of Lincoln Center's White Light Festival, Antony stood shrouded in shadow and sheathed in a flowing black gown. In place of his Johnsons, the Orchestra of St. Luke's accompanied him in songs largely drawn from "Swanlights" and its predecessor, "The Crying Light." Rob Moose, elsewhere a musically polyamorous violinist, conducted; at the piano was Thomas Bartlett, a sensitive chamber-pop singer otherwise known as Doveman. [NY Times]

Reading that first paragraph of the Times review makes me feel a little better, since I was also late to the show, but I was so late I actually missed all of that starting and stopping happening.

I think there were at least two big issues that caused people to be late. One of them was the show's kind-of-unfortunate 7:30pm start time (7:30 sharp on a Saturday night with no opener). The other was that the 1/2/3 trains were all screwed up, and I personally spent the first 30 minutes of the show sitting underground in a train that wasn't going anywhere. At least there were people dressed up for Halloween adorning all the stations and cars. That made the situation feel slightly less tense. That said, by the time I got there, every seat in the house was full, so late or not, everyone eventually got there, and what I saw was unsuprisingly beautiful and worth finally making it there for.

Nico Muhly was responsible for many of the arrangements of the night, and behind Antony and the orchestra was the film "Mr. O's Book of the Dead", a 1973 film by Chiaki Nagano featuring the Butoh master Kazuo Ohno and his troupe. Kazuo is the one on the cover of Antony and the Johnsons' 2009 CD The Crying Light. And as the NY Times sums up nicely, it was "Projected overhead throughout the performance -- even during the awkward breaks -- it was both a potent visualization of gender ambiguity, vulnerability and pain, and a garish distraction from music's transfixing intensity and beauty."

It was Antony's only North American show this year. Hopefully he'll tour some more in support of his new album "Swanlights" which was released on October 12th via Secretly Canadian. Download "Thank You For Your Love" from that LP above, and watch Antony's performance of the same song from the October 8th episode of Letterman in the video, under the rest of the pictures from Lincoln Center, below... 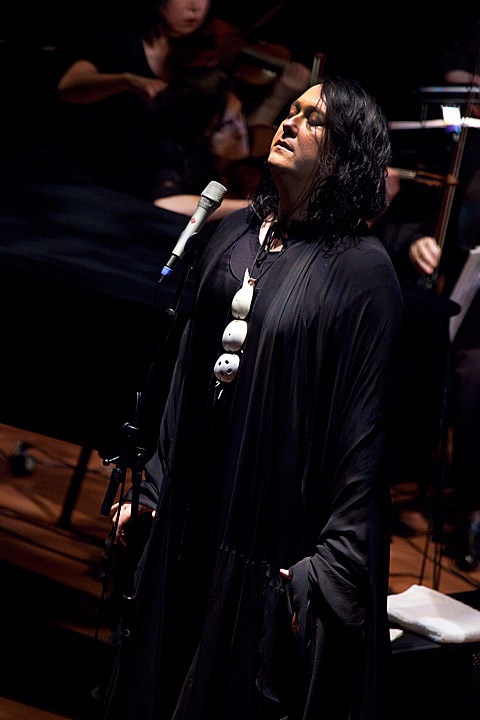 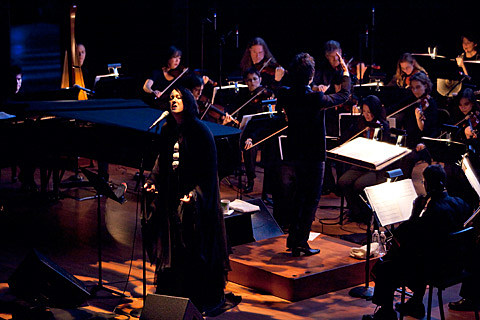 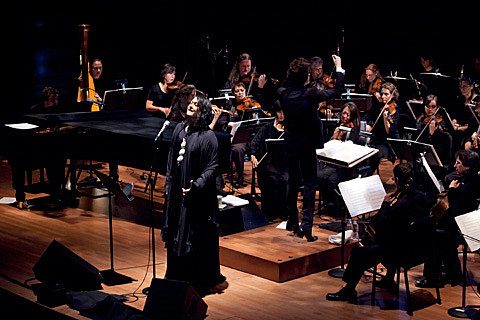 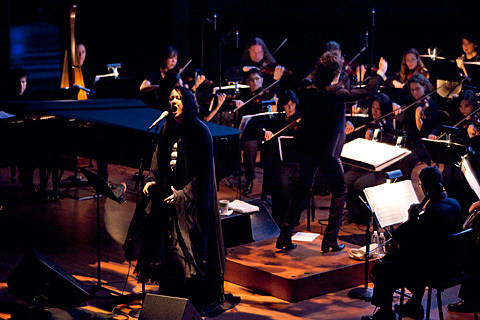 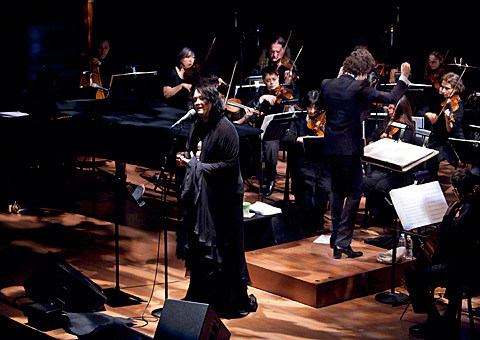 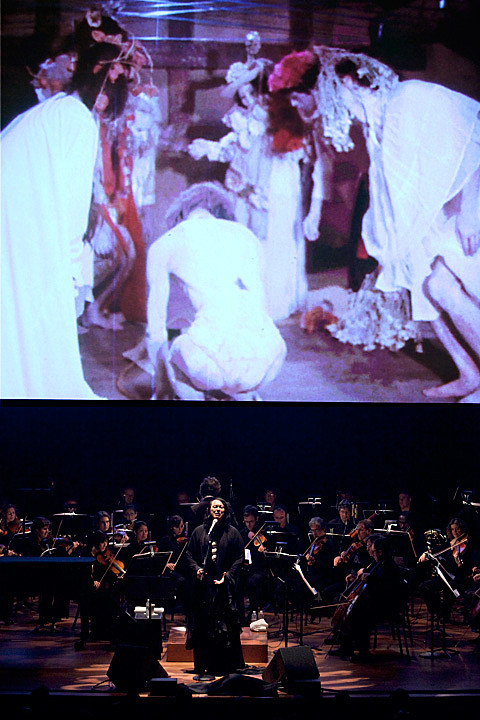 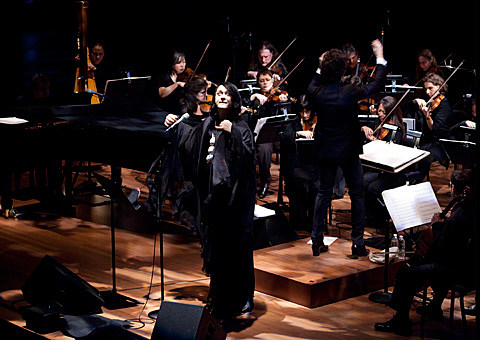 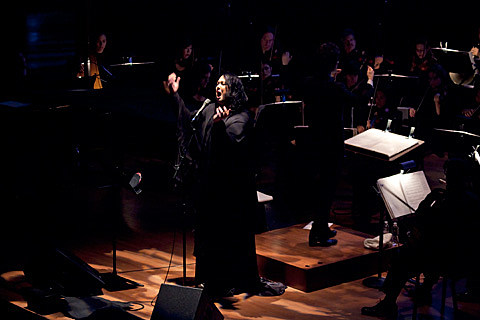 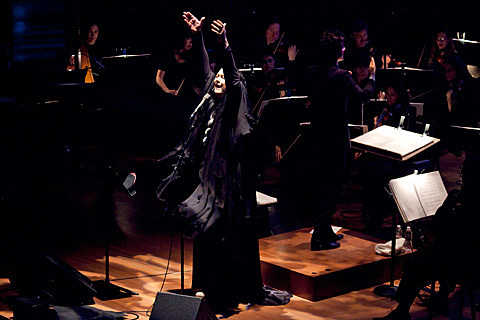 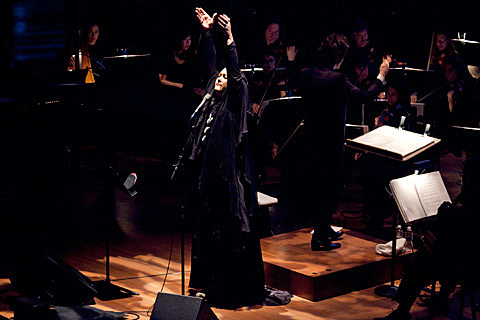 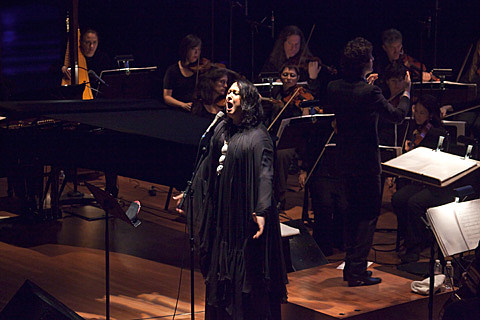 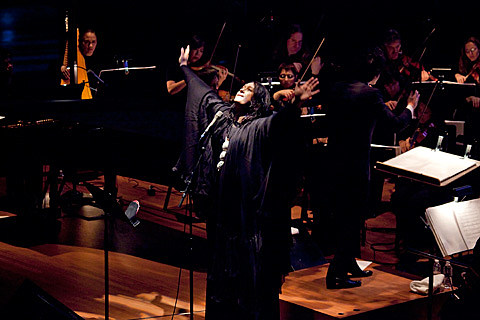