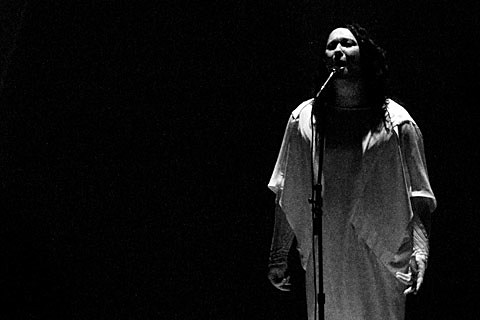 Antony played a show at Radio City Music Hall last night. And this was just announced:

Tibet House US is thrilled to announce that Antony and Stephin Merritt have joined the bill for the 22nd Annual Benefit Concert at Carnegie Hall on Monday, February 13th, 2012 at 7:30pm. This year's esteemed line-up, curated by Philip Glass, the concert's artistic director, includes Lou Reed, James Blake, Dechen Shak-Dagsay, Laurie Anderson, and Rahzel, in addition to Antony and Stephin. Tickets are on sale now and available through the Carnegie Hall Box Office. Special packages that include concert tickets and a fundraising reception following the show with the event's Honorary Chairpersons Maggie Gyllenhaal and Peter Sarsgaard and the evening's performing artists are available through Tibet House US.

Lou Reed, who has performed with Antony in the past, was the last addition. Tickets are still on sale.

The Magnetic Fields are going on tour in March and April.