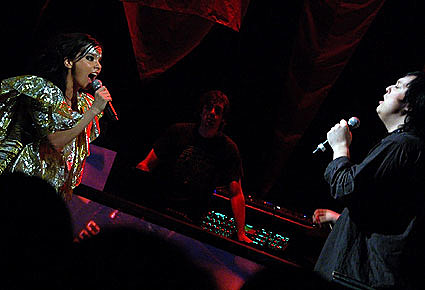 Tickets go on sale Friday for an October 16th Antony & The Johnsons show at the legendary Apollo Theater in NYC. Last time I saw Antony at the Apollo, he was singing "The Dull Flame of Desire" with Bjork. In related news...

Björk releases the new single 'The Dull Flame of Desire' on September 29th 2008 through One Little Indian Records.

More info on that Bjork single, and all Antony tour dates, below... 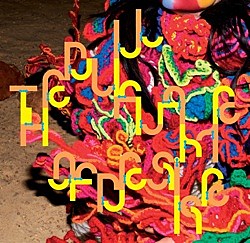 'The Dull Flame of Desire' features lyrics taken from a translation of a poem by Fyodor Tyutchev as it appears in the film 'Stalker' by Andrei Tarkovsky. Taken from her most recent studio album 'Volta', 'Dull Flame' is written and produced by Björk and follows recent singles 'Earth Intruders', 'Declare Independence', 'Innocence' and 'Wanderlust'.

Björk has also commissioned brand new mixes of 'Dull Flame' by Modeselektor and Mark Stent as well as a Sinden mix of 'Innocence'. Mixes come on Limited Edition 12" and CD, Cat No 881TP7CD/881TP12.

Meanwhile the video concept for 'Dull Flame' is as unique as we come to expect from Björk. Out of hundreds entrants for the "Innocence" music video competition (which ran on www.bjork.com offering new directors the chance to work with Björk), she chose 3 new directors to collaborate on the "Dull Flame" video.

Björk and Antony performed against green screen in New York then each director was sent the raw footage to edit and create their piece. Christoph Jantos (Berlin) Masahiro Mogari (Tokyo) and Marçal Cuberta Junca (Girona) are the chosen directors. Each director was given their own section of the film, to develop how they wished - on completion the 3 films were edited together in London to make the final music video.

'Volta' is Björk's sixth studio album and follows the release of 'Medúlla' in 2004.
Featuring ten new and original tracks, 'Volta' is written and produced by Björk, with two tracks co-produced with Timbaland and one with Mark Bell.

2007 and 2008 has seen Björk take her thrilling Volta Tour across the world in series of festival headline performances and her own shows to considerable acclaim, and continues through Europe this summer.