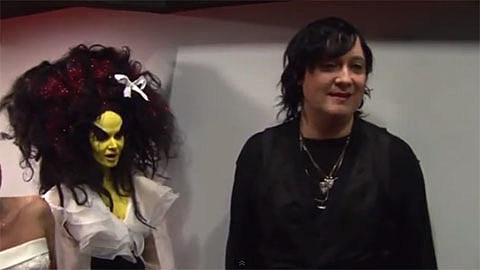 The film, a collaboration with Charles Atlas (The Legend of Leigh Bowery), documents the pair's 2006 European "Turning" tour, which featured Antony performing alongside large-scale projections of 13 models, who individually took the stage and slowly turned on circular platforms. It includes backstage clips and interviews with each of the models, many of whom are transgendered or grappling with issues of gender and sexuality. At the premiere, Antony said he hoped Turning would unveil the essence of its subjects' humanity. [Pitchfork]

The film is playing now at IFC Center in NYC with tickets on sale for multiple screenings each day through 11/20, and special guests at select screenings. See IFC's site for more info, and head below for a clip and the trailer of the movie, and a list of upcmoming European screenings...