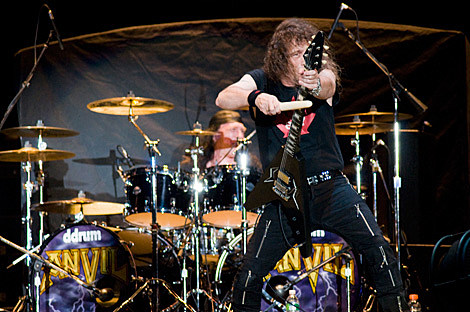 Canadian metal underdogs, dildo-weilders (see above pic) and documentary subjects Anvil have only a handful of dates scheduled for this summer, and all but one is a European festival. The lottery winner? NYC at Knitting Factory on Thursday (5/30) and tickets are on sale. Another documentary-subject, Acrassicauda, will open, as well as Lords of Mercy.

All Anvil dates are below. Vibrators not included.