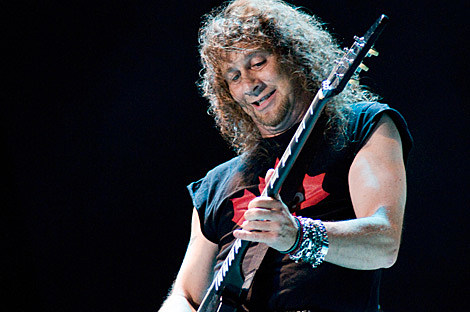 Canadian metal trio Anvil, despite never breaking up and continuing to release albums, faded into obscurity in the mid-80s. They came back into the public eye after the 2008 documentary Anvil! The Story of Anvil (which is now on Netflix on-demand). Since then lots has happened for the band. Among their list of recent accomplishments, they appeared at BAM and Gramercy Theatre, opened for AC/DC in NJ, and even played Bumbershoot.

They recently released their first full length album since the documentary's release, and fourteenth album overall, Juggernaut of Justice. The album was produced by Bob Marlette (Black Sabbath, Alice Cooper) in Dave Grohl's studio. In support of the album, the band is touring Europe this summer, hitting many festivals along the way (hopefully it goes better for them than it did in the movie), and hitting a few American cities in July including NYC where they will play the relatively intimate Bowery Ballroom on July 30. Tickets are on sale.

P.S. if you're looking for "Thumb Hang," that was a bonus track on the VH1 re-release of their 13th self-released album "This is Thirteen".

All tour dates and Story of Anvil trailer and stuff, below...

--
Anvil! The Story of Anvil Trailer 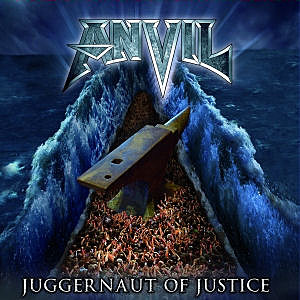