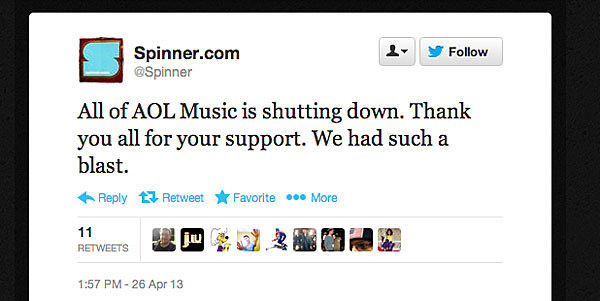 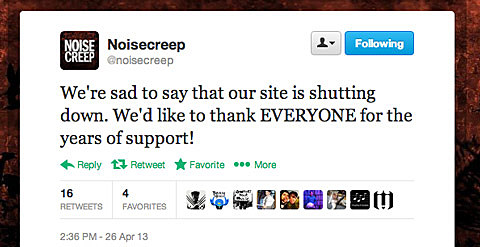 Twitter is ablaze with reports on the shuttering of AOL's Music division, which include sites like Spinner and Noisecreep. Both sites tweeted confirmations, though Spinner's has since been taked down (screenshot above). However, Editor Dan Reilly confirming the end of the site on a personal twitter. All staff have reportedly been laid off.