Blind Boys of Alabama at ACL 2013 (more by Tim Griffin) 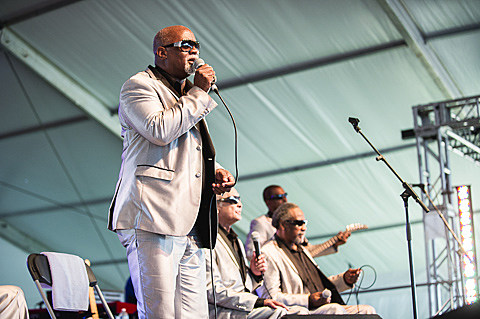 APAP NYC, the Association of Performing Arts Presenters' annual performing arts conference in NYC, is returning to various vnues from January 10-14. Conference schedules are already online, and nighttime music showcases are popping up on venue schedules.

One of the showcases happens on January 10 at BB King's with legendary gospel group The Blind Boys of Alabama (who got an increased presence in the indie world this year thanks to their new Justin Vernon-produced album), influential New Orleans pianist Allen Toussaint, Ruthie Foster, and Paul Thorn. Tickets for that show are on sale now.

As discussed, globalFEST 2014, which always happens during APAP, goes down on January 12 at Webster Hall (tickets).