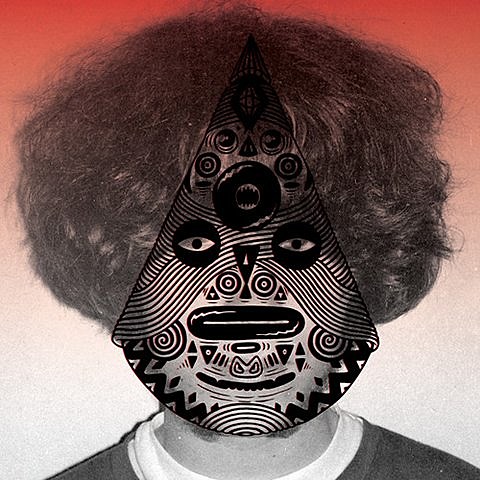 You may remember Ape School, the current musical project from Philadelphia resident Michael Johnson who previously spent time in Holopaw as well as a stint in Lilys. It's been three years since he dropped Ape School's eponymous debut, having spent time with Kurt Vile and The War on Drugs, but is now back with Junior Violence which is out August 7 on Hometapes. With it he's brewed a terrific pot of psychedelic pop tea, brimming with catchy melodies, bright production, and playful (just weird enough) creativity. If you wished there was a middle ground between the two MGMT albums, this might fit that bill.

You can download first single "Marijuana's on the Phone" at the top of this post, and the image above is the sleeve to the 7" (out June 26) which comes in a really cool PVC sleeve with a transparency overlay done by Freegums. Ape School also have a few live dates lined up including one at the Northside Festival, playing Brooklyn Bowl on Saturday (6/16) with Asobi Seksu, EXITMUSIC, and Field Mouse. Tickets to that show are still available, and you can get in with your Northside badge if you have one. They'll also open for Lotus Plaza at Mercury Lounge on July 18 and tickets are still available for that show. They'll also play a Junior Violence release show at Johnny Brenda's in Philly on August 17.