The Aphex Twin logo spotted in Tribeca (photo via @jumpfreeze) 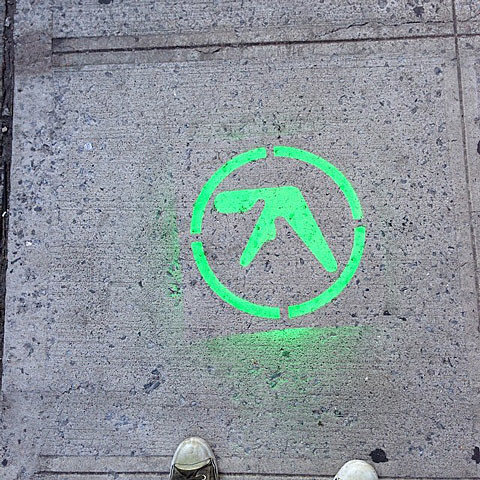 Earlier this year, a "lost" album by Aphex Twin side project/pseudonym Caustic Window saw release. Now it seems like something more official could be on the way from Richard D. James, as the Aphex Twin logo has been popping up all over New York City, from outside Radio City Music Hall, to tribeca (see above) to Bedford Avenue in Williamsburg. Meanwhile, in England on Sunday there was a blimp flying over the city with the logo and "2014" written on it as well. James hasn't released an album since 2001 (and nothing much at all since "Rubber Jonny" 10 years ago). With his label Warp celebrating its 25th anniversary, maybe the time is right.