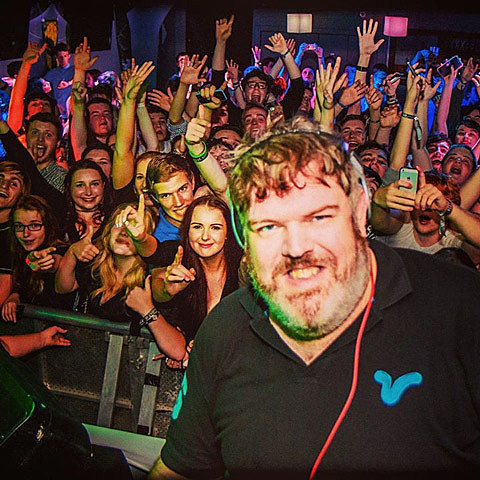 Kristian Nairn aka Hodor is DJing BB King's in NYC Friday night (10/10) as part of New York Comic Con weekend, and apparently people will pay $63 to experience that. Zedd Stark and Trance Rayder will also be DJing and "Costumes encouraged." Nairn and Natalia Tena (who plays wilding Osha) will be on the Comic Con convention floor signing autographs on Thursday and Friday.

In other Game of Thrones news (~mild spoiler alert~), it was recently announced that Tena and Art Parkinson (who plays Rickon, the youngest Stark son) will not be appearing in Season 5 of the hit HBO fantasy series which will air next spring. (Bran and Hodor are also absent from S5.) The new season just started filming this week. You can however see both Parkinson and Charles Dance (aka Tywin Lannister) both appear in the suspiciously GoT-looking new fantasy Dracula Untold which opens on Friday.