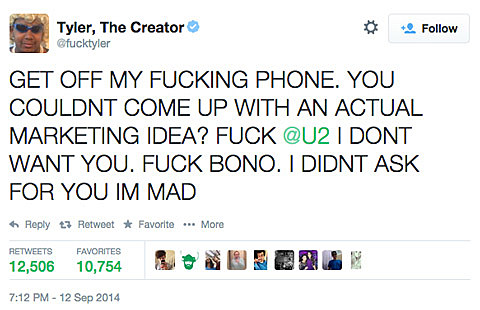 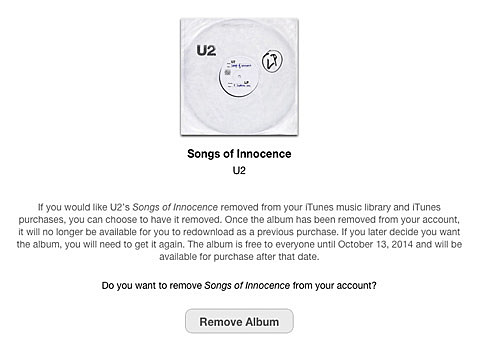 U2 surprised the world last week when they announced their new album, Songs of Innocence, was ready to be heard and being given away by iTunes. What iTunes users soon realized is they were getting whether they wanted it or not, as it basically downloaded to everyone automatically. (You might have it and not even realize it.) For some who didn't want the record, getting it off their iTunes/iPhones/iPads has proven tricky. So much so that Apple now has a dedicated page with one-click removal of Songs of Innocence:

If you would like U2's Songs of Innocence removed from your iTunes music library and iTunes purchases, you can choose to have it removed. Once the album has been removed from your account, it will no longer be available for you to redownload as a previous purchase. If you later decide you want the album, you will need to get it again. The album is free to everyone until October 13, 2014 and will be available for purchase after that date.