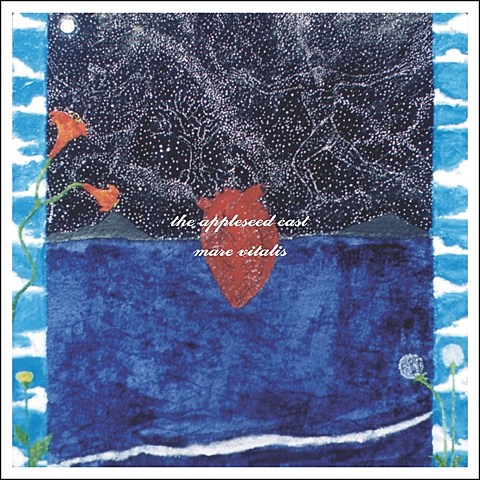 Emo/post-rock vets The Appleseed Cast are still very active, continuing to tour and make records, but this year they'll take time to do the nostalgia thing too. 2000's Mare Vitalis, their sophomore record and one of their best albums, turned 15 this past February and in support of its anniversary they'll be playing the whole thing on tour from May to August. The run kicks off in Tokyo and wraps up at Atlanta's Wrecking Ball festival.

They've got quality support lined up too, including Dads and Annabel, who are both on board for the NYC show happening July 28 at The Studio at Webster Hall. Tickets for that show go on sale Friday (5/1) at 10 AM. All dates are listed below.

Mare Vitalis followed 1998's The End of the Ring Wars -- a Sunny Day Real Estate/Mineral-inspired album and really their only one that you can call straight emo (it had some killer songs too) -- and began their trek into the post-rock territory that they would explore even further on its masterpiece of a followup, Low Level Owl. Mare Vitalis nails the middle ground of those two styles brilliantly, and 15 years later it still sounds fresh. If you don't have it already, you can pick it up (name your price) at the Deep Elm bandcamp (along with several other Appleseed Cast and Deep Elm releases) and stream it below.

Openers Annabel have a new album, Having It All, coming this spring via Tiny Engines (pre-order), and so far two excellent tracks have come out from that. If you're into The Appleseed Cast and other emo/indie bands from that era, Annabel will be right up your alley too. Listen to "Everything" and "Another Day, Another Vitamin," below. 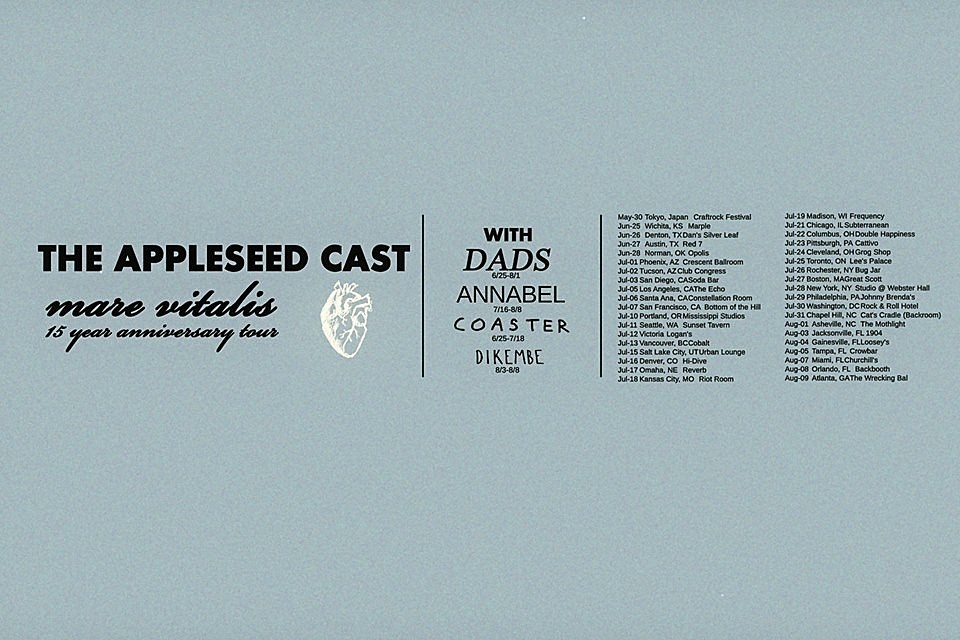