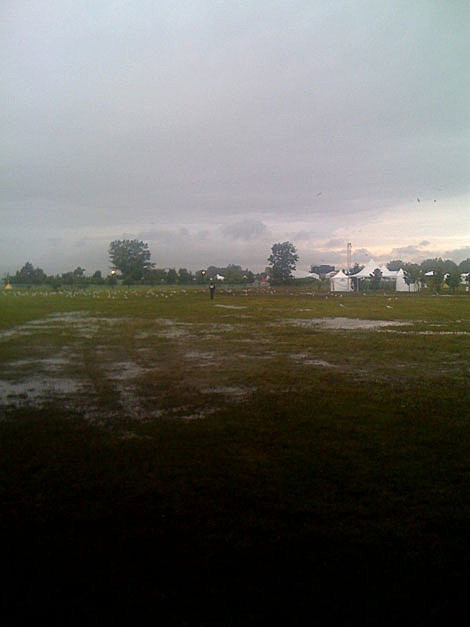 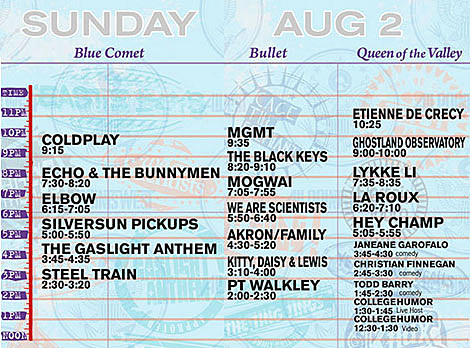 Ryan Muir has so far braved the rain is waiting outside the doors of All Points West in Jersey City where he says an announcement was just made that the doors will be opening around 3:40. How this will affect today's schedule (above) is still unknown. We do know what it will do to people's shoes though.

UPDATE: At around 3:40 Liberty State Park reported doors were open, but those standing outside just told me still not yet as of 4:00.

Meanwhile, the Pool Party has moved to the much smaller, but less wet, Brooklyn Bowl.