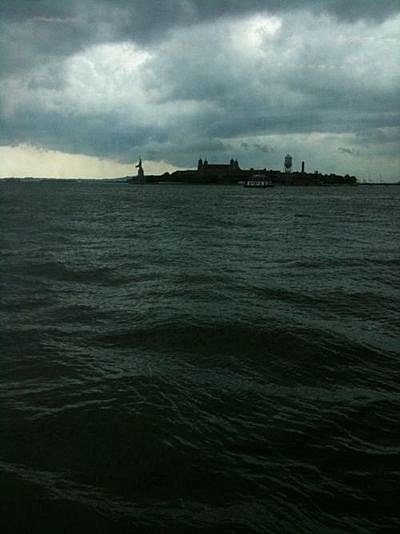 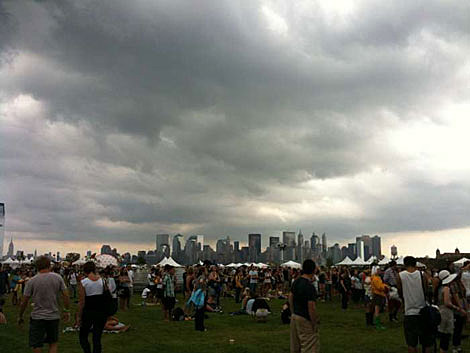 All Points West is underway. The rain has held off so far, but looks like a big storm is on its way. Fleet Foxes are playing on the main stage as I type this with The National up next. An early afternoon highlight was Seasick Steve (who also played a set at Mercury Lounge the other night).

The All Points West festival is dominated by young bands. But one of the best early sets came from Seasick Steve, a sixtysomething journeyman bluesman with a big gray beard.

Steve, who has received a lot of media attention in the United Kingdom over the last few years, appeared solo, accompanying his gruff vocals with simple but propulsive guitar riffs, and stomping out a beat with his left foot. He did sing one tender ballad, directed to a young, female volunteer from the audience, who sat beside him. But mostly this was raw, almost primitive blues in the tradition of Hound Dog Taylor and John Lee Hooker, and the crowd ate it up.

He played a few different low-budget guitars. One was made out of a cigar box. Another had only three strings. [NJ.com]

Hearless Bastards, Shearwater, Eugene Mirman and Telepathe have all already played as well. Seasick Steve has another show coming up at Southpaw. Videos from Mercury Lounge below...