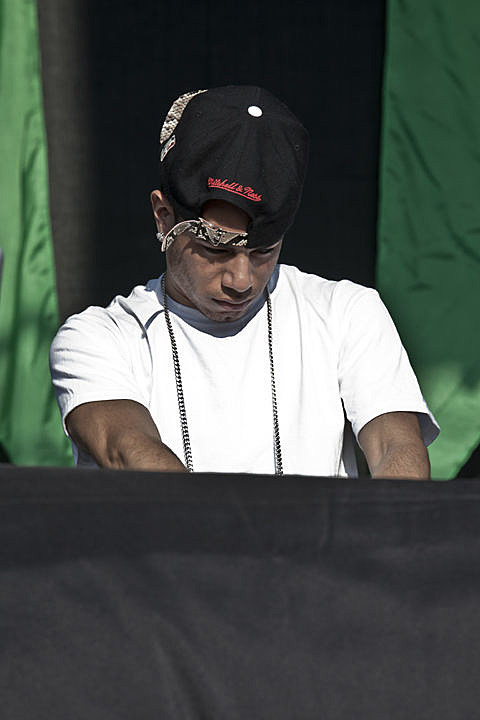 Summerstage hooked up with Red Bull Music Academy to add a last minute (and really great) show to their 2012 schedule. On August 20 at East River Park they'll be presenting a free show with Araabmuzik, Flosstradamus, Teengirl Fantasy, and Nick Hook (of Cubic Zirconia). The show goes from 6 to 9 PM.

You may remember that Araabmuzik was supposed to play a Summerstage show back in June but cancelled. Hopefully everything goes as planned for this one. Araabmuzik just lent his production to Azealia Banks for her new song, "Succubi," which you can stream below.

For Teengirl Fantasy, the show is part of a tour they're on now and happens three days before the album release party for their new record, Tracer, aboard a Rocks Off Cruise (8/23) with Lemonade (tickets). Tracer drops next week (8/21), but NPR is streaming it in full a week ahead of its release. As mentioned, four of the ten tracks feature guest vocals (from Kelela, Panda Bear, Laurel Halo, and Romanthanony [the voice of Daft Punk's "One More Time"]) and those are balanced out by some pretty great instrumentals. The whole thing is really cohesive and has more of an album flow than their debut. Check it out for yourself.

Meanwhile, you can also catch Flosstradamus in NYC when they play with Rustie at the previously discussed Webster Hall show on September 7. Tickets for that show are still available.

All lists of updated dates and the new Azealia Banks song are below...