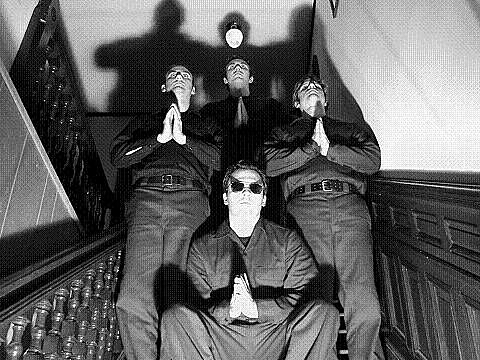 Arab on Radar are a Providence, Rhode Island based noise rock band founded in the mid-1990s. They went on hiatus in 2002. Members of the band went on to form or join the bands The Chinese Stars, Athletic Automaton, Made in Mexico... Arab on Radar's early sound was typified by thickly distorted, repeated bass grooves, 4/4 drum beats, and two deafening guitars that employed contrasting melodies and near-unison chords that drew comparisons to the Contortions.

Arab on Radar will reform to headline Dudefest 2010 in Indianapolis, Indiana on July 9th and 10th. The band will join a stacked lineup that includes Municipal Waste (playing Knitting Factory Thursday, tix), Trap Them, Voetsek, Landmine Marathon, Weekend Nachos, Get Rad, Coffinworm, and many notable others. Full lineup for the show is below. More info is forthcoming.

It's one of two notable shows recently announced for the Midwest this summer, with the incredible 25th anniversary of Amphetamine Reptile being the second! That show goes down in Minneapolis at Grumpy's on 8/28, and features a plethora of the label's greats including Melvins, Boss Hog, Today Is The Day, God Bullies, a Hammerhead reunion, and many others. For those considering the trek to Minnesota, the label has set up group rates for a hotel. Show flyer is below. Somewhere I hope that Unsane and pre-Betty Helmet's phone is ringing....

The Melvins are touring and playing NYC with Isis. Tickets for Webster Hall are still on sale. The Melvins will welcome their new LP, The Bride Screamed Murder via Ipecac on June 1st.

Weekend Nachos have a new EP on the way, while Get Rad was recently profiled in the latest edition of Short Wave Warfare. 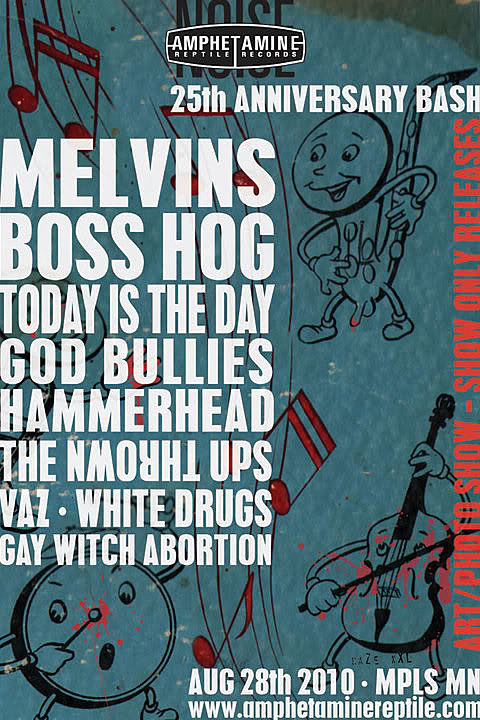