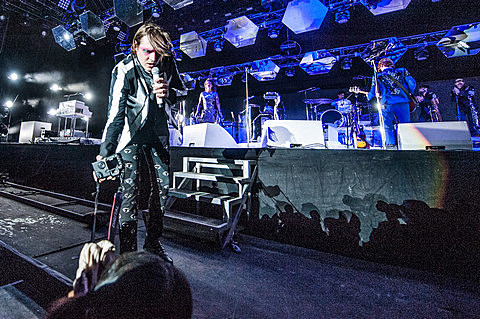 As you probably know, Arcade Fire have been doing covers specific to the location they're playing on their ongoing tour, and last night (8/17) they did an especially cool one. At their show in DC, the band took on Fugazi's classic "Waiting Room," which you can watch in a video, below.

Their tour lands in NYC this weekend for shows on August 22, 23 & 24 at Barclays Center with the reunited Unicorns and Dan Deacon on all three dates, plus NYC punk legends Television on night 3. Tickets to all three NYC shows are still available.