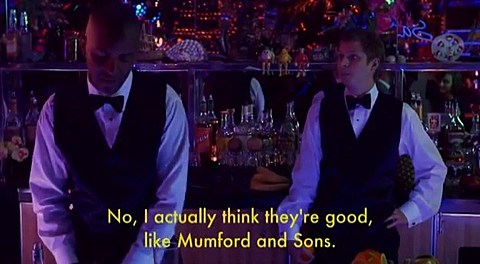 Arcade Fire came to NYC this weekend to perform on SNL and then air an NBC special. On SNL, they performed "Reflektor" and debuted another song, "Afterlife," and on the special they debuted a few more songs off their upcoming album, titled Reflektor, which is due out on 10/29 via Merge.

The special was directed by Roman Coppola and features appearances from Michael Cera, James Franco, Eric Wareheim, Bono, Aziz Ansari, Zach Galifianakis, and more. You can download audio of the new songs here, and watch the NBC special below...