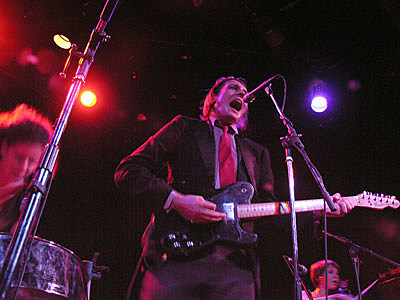 Arcade Fire's new album, The Suburbs is due on August 3rd. The band will headline Madison Square Garden in NYC on August 4th. The opening act? Spoon (!) (who headlinedRadio City in March). The MSG show may be is part of a larger TBA tour. Other Arcade Fire tour dates announced so far include Osheaga and Lollapalooza.

Updated tour dates along with Arcade Fire's "Funniest Moments" (via Youtube) and more videos are posted below...

Interview with Will Butler from Arcade Fire (2010)