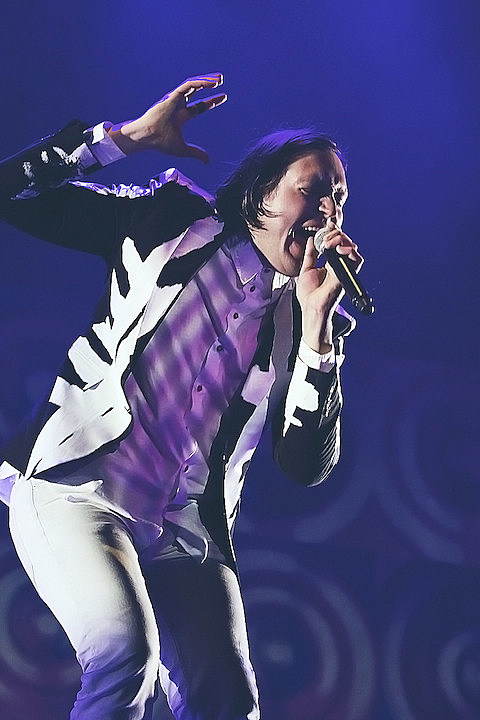 Arcade Fire's massive fourth album Reflektor has been out for almost a year now and it's still producing new singles, like "You Already Know" which just got the music video treatment. You can watch that below.

As you probably know, Arcade Fire have been doing covers at the shows on their ongoing tour specific to the location they're in. You can watch a couple of the recent ones -- Feist's "I Feel It All" (after the bobbleheads mimed Loverboy's "Working for the Weekend") in Calgary and Nirvana's "Smells Like Teen Spirit" in Washington -- below. The tour hits NYC on August 22, 23 & 24 at Barclays Center with the reunited Unicorns and Dan Deacon opening all three dates, plus NYC punk legends Television on night 3. Who will they cover at those?

Australian hotshot producer Flume also recently remixed Reflektor track "Afterlife." You can stream that as well, with those videos, below...

Arcade Fire - "I Feel It All" (Feist cover) in Calgary