Arcade Fire in Bushwick in October (more by Eric Kayne) 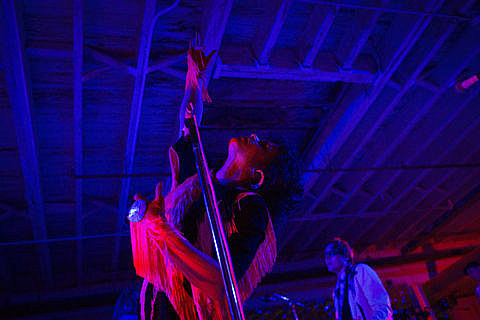 Arcade Fire already have two videos for "Reflektor" off their new album of the same name, and now they've made one for another of its singles, "Afterlife." It was directed by Emily Kai Bock (Grizzly Bear, Grimes), and can be watched (via Creators Project) below.