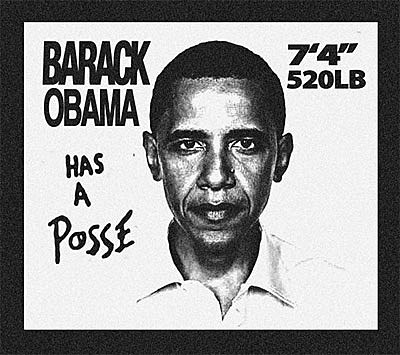 Win Butler, Will Butler, Regine Chassagne and Jeremy Gara of the Arcade Fire will be playing a free concert on Sunday, March 2nd at Stuart's Opera House in Nelsonville, Ohio in support of Barack Obama's bid for the Democratic nomination. The show is at 7 p.m., first come first serve.

They will also be playing a free show at the Beachland Ballroom in Cleveland on Monday, March 3rd. Doors are at 7 p.m., and the show is 18 and over, first come first serve.

Though the Arcade Fire is known as a Canadian band, Win and Will were born and raised in the U.S. (and spent their formative years in Texas), Regine is a dual citizen whose dad served in Vietnam, and Jeremy Gara is just a really nice Canadian who likes playing music and is sick of explaining to Americans what universal health care means.

This is not the first time Arcade Fire has made their choice of candidate known.

Will.i.am also came out with another video for Obama. That and one by the Arcade Fire below...