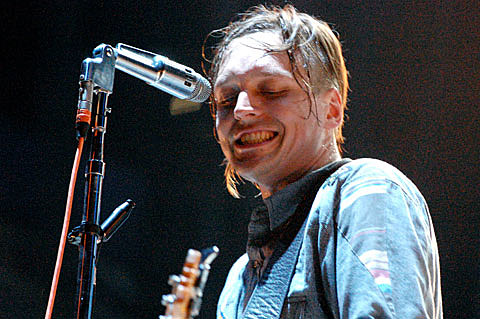 "With Soundgarden grinding out giant slabs of sludgy metal on one end of Grant Park in Chicago, Arcade Fire closed out Lollapalooza with an epic batch of songs from their three critically-acclaimed albums. While they didn't have any costume changes (as Lady Gaga did) or T-shirt cannons (which Green Day had), they still managed to pack a tremendous amount of drama into their set.

For Arcade Fire, it's all in the songs, which use an eclectic combination of instruments (chiming guitars, humming organs, languid strings, ramshackle percussion) to stack bits of melody on top of each other and create a head-spinning swirl of quiet moments, crescendos, comedowns and climaxes. There's a distinct possibility that Arcade Fire are the best band in the world right now, and they do it with exquisite songwriting and passionate commitment.

And sweat. Lots and lots of sweat." [MTV]

Arcade Fire's "The Suburbs" is officially #1 on the Billboard 200 with 156,000 sold. More pictures and the setlist from their Sunday set at Lollapalooza, below... 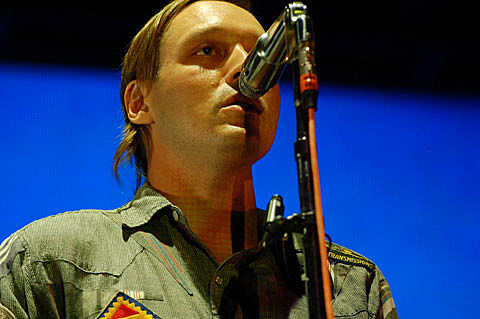 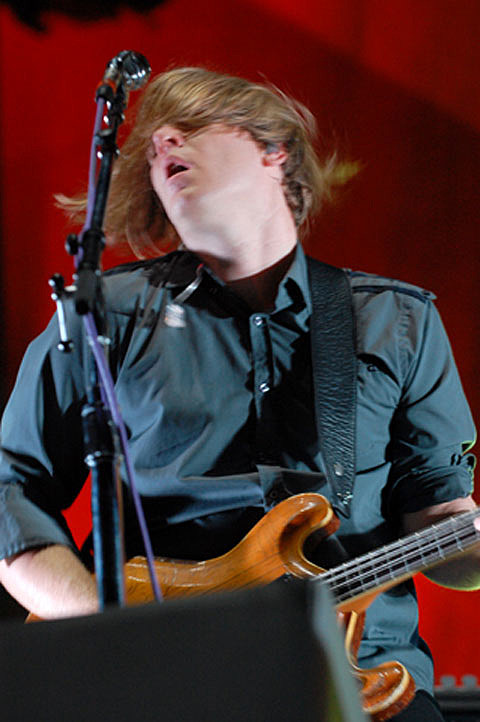 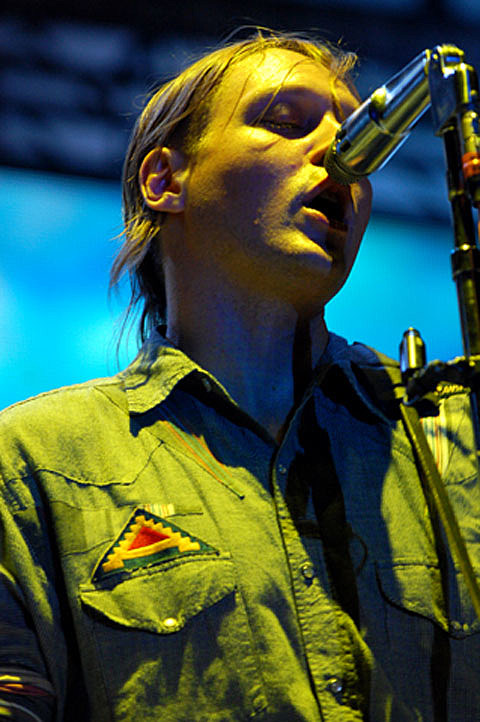 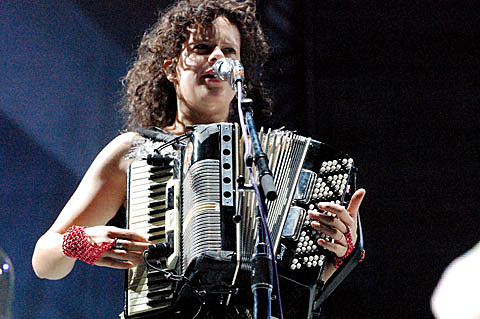 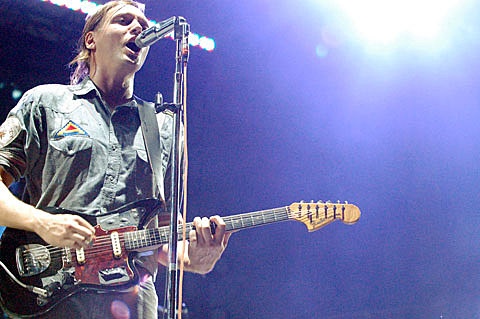 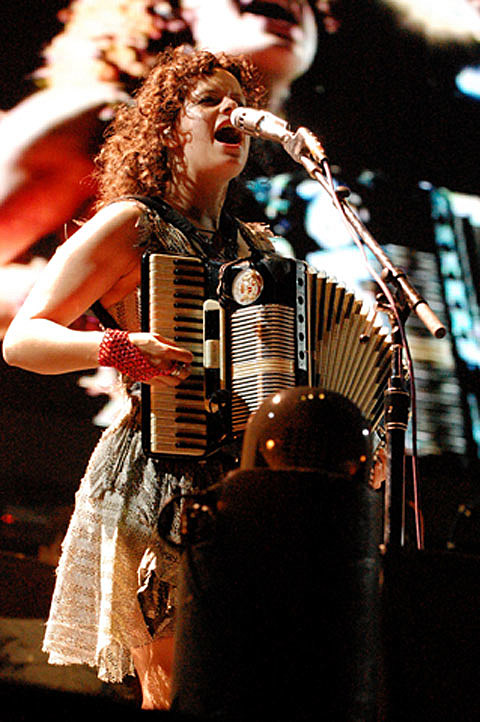 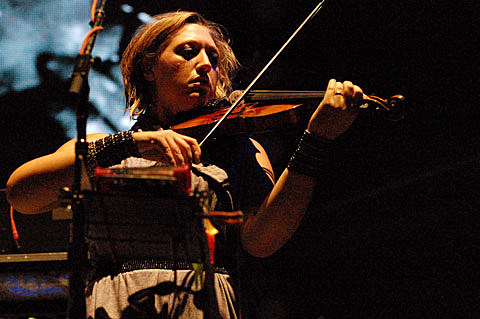 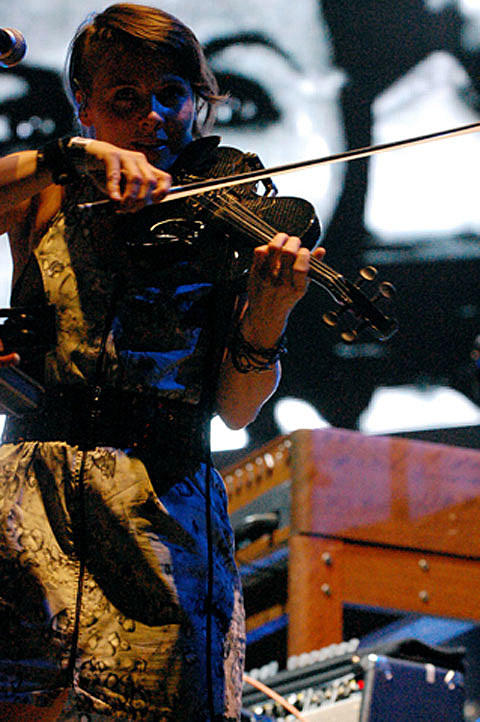 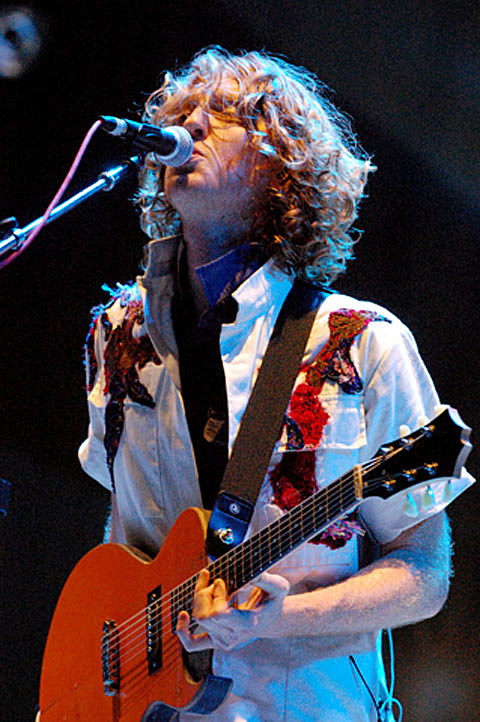 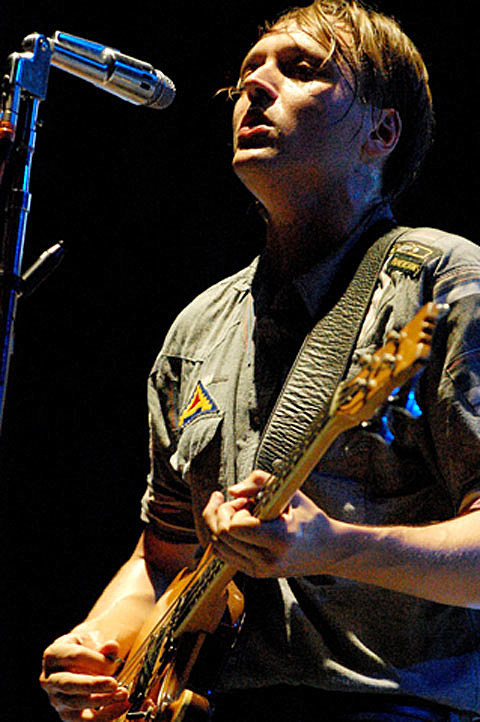 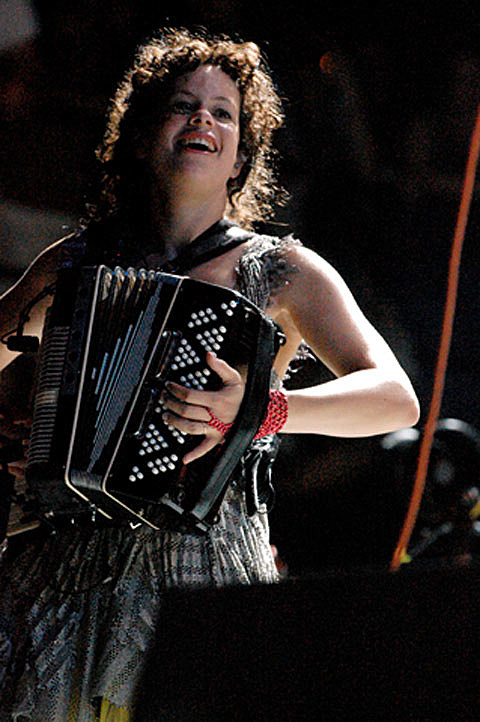