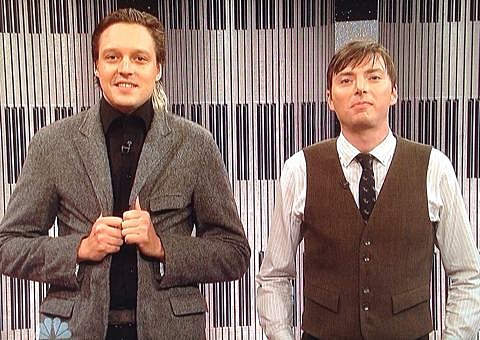 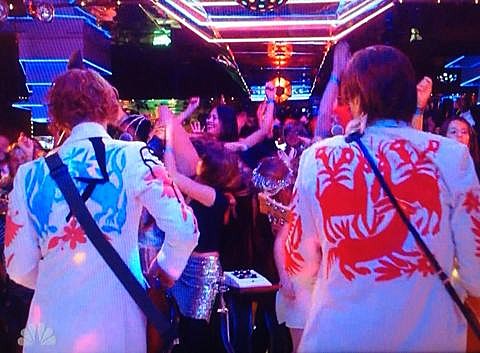 As you may know, Montreal's Arcade Fire are in NYC this weekend and were just musical guests for the season premiere of Saturday Night Live, and they played the title track from the forthcoming Reflektor, as well as "Afterlife" from the album. They also appeared in game show parody, "New Castmember or Arcade Fire?," that also featured host Tina Fey.

After SNL, the 30-minute NBC Arcade Fire special was not a live event, as some had speculated/hoped, but a pre-taped concert from, what appeared to be mostly shot at Club Salsathèque in Montreal (where they played earlier this month) that featured cameos from Michael Cera, Bono, Zach Galifianakis, James Franco, Bill Hader and others. New songs included "Here Comes the Night Time", plus "We Exist" and "Normal People."

No video has surfaced yet but we'll add when it's up. UPDATE: The videos of both SNL appearances and the game show parody are up now, and can be watched below.