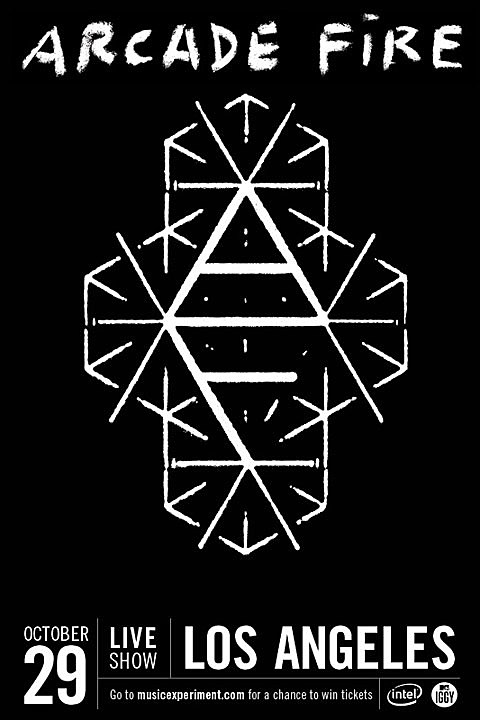 Meanwhile, Arcade Fire will be in NYC for two NYC shows this week. The location is still officially undisclosed, as is the way to get tickets, but My Social List and Arcade Fire Tube seem to have figured out that the location is a warehouse-turned-cultural center located at 299 Meserole in Brooklyn (the same location as a 10/26 Halloween party with Alex Metric and Just Blaze). Stay tuned for more details!

The band are also playing Big Night in Little Haiti at Little Haiti Cultural Center in Miami on October 24. Special presale (only with artist presale code) starts Wednesday 10/16 at 10AM. On sale to the public Thursday 10/17 at 10AM.

They return to NYC in November for the YouTube Awards.