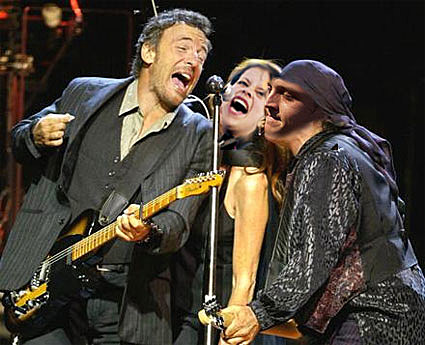 As pointed out by "Anonymous", Arcade Fire joined Bruce Springsteen on stage last night (Oct 14, 2007) at Scotiabank Place in Ottawa, Ontario. According to the official setlist posted on Bruce's site, the encore was something like this:

According to Pfork tipsters though, Arcade Fire did not actually play on "Born To Run".

Eventually some actual pictures and video from last night's Bruce show will turn up. Until then, I'll be entertaining myself by matching up the following two videos....