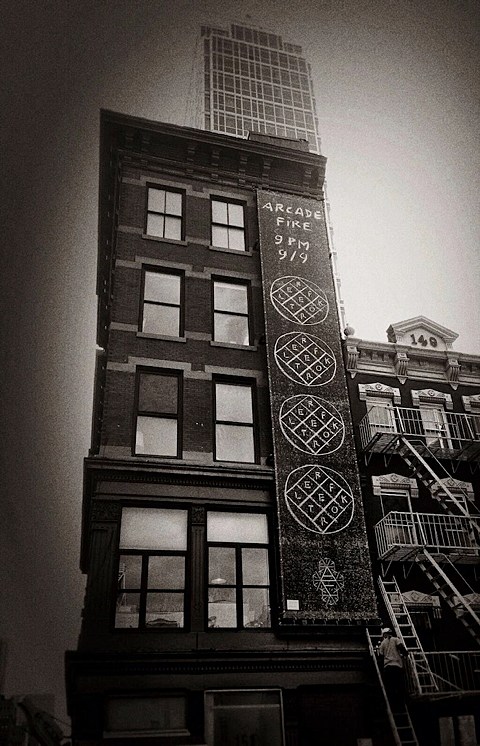 In addition to scoring the new Spike Jonze film, Arcade Fire are releasing a new album on October 29 via Merge (with production from James Murphy).

The band have been running a "Reflektor" campaign, which includes a mural that was painted in Manhattan (pictured above) and an instagram video (below). The mural says "9 PM 9/9," and on Sunday (9/1), Australian radio station triple j confirmed (via Consequence of Sound) that September 9 is when Arcade Fire will be premiering the first single from the album. A 15 second, ambient sounding snippet was posted to Spotify (album title: Reflektor, song title: "9pm 9/9"), and you can stream that below. Just don't get too excited.

Arcade Fire have also just updated their website www.thereflektors.com with nothing but a blurry image.