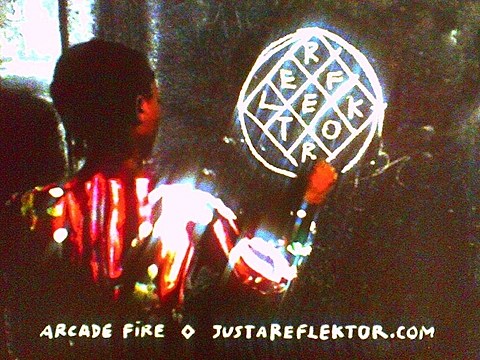 Arcade Fire have a new album due out on October 29 via Merge (which features production by James Murphy), and they've been in the process of a marketing scheme called Reflektor, which is also the name of the album and its first single. That single was set to premiere today (9/9) at 9 PM, but it's out now. (It's 9 PM somewhere.) It's an awesomely weird song (that kind of sounds like what you'd imagine James Murphy producing Arcade fire would sound like) with an awesomely weird interactive video, which you can watch (and be a part of) at https://www.justareflektor.com/.

Meanwhile, Arcade Fire will perform on the season premiere of Saturday Night Live on September 28 with host Tina Fey.

Album trailer and behind-the-scenes videos below...

Arcade Fire - "Just A Refkletor" Behind the Scenes