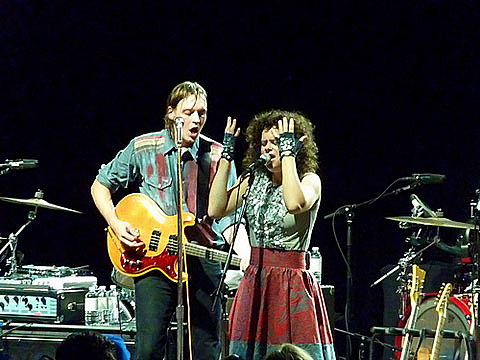 "ARCADE FIRE has added a second date at New York's Madison Square Garden. The new show has been confirmed for August 5.

Pre-sales for the new date will begin Wednesday, June 23.Tickets will go on sale to the public 9 a.m. EST Saturday, June 26. Check www.arcadefire.com for further details.

SPOON is confirmed as special guest on both the August 4 and 5 New York shows, as well as the Philadelphia, DC and Atlanta dates, which bookend the ARCADE FIRE's previously announced August 8 Lollapalooza appearance and the release of the band's third full-length studio album, The Suburbs, out August 3rd on Merge."