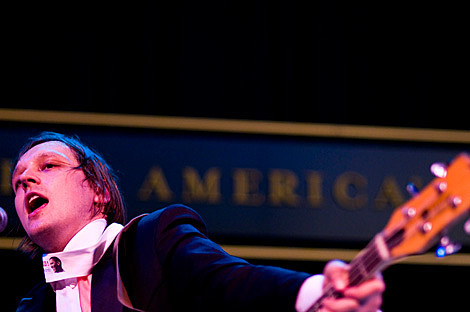 Speaking of Regina Spektor, who has played the White House, she has a benefit show coming up at Lincoln Center in NYC and is playing some shows with Tom Petty including one in Austin. All of her dates are listed below.

Speaking of Wilco, they're currently out on the road with White Denim who played a warm-up show at Hotel Vegas in Austin before leaving. All Wilco dates are listed below.

Speaking of Obama, he delivers a State of The Union speech this Tuesday.

Speaking of politicians, Stephen Colbert was spotted singing along at the Jeff Mangum show at BAM on Saturday night.