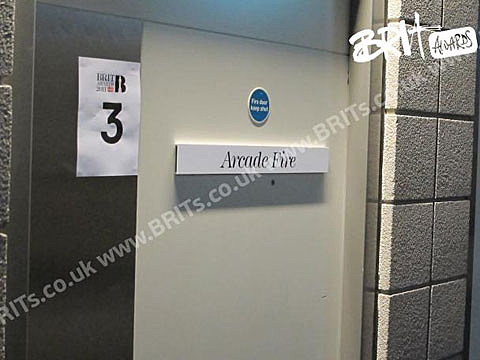 Following the Arcade Fire's win at the Grammys, it seemed like half the nation was asking: Who Is Arcade Fire? What started off as a post on BrooklynVegan, grew into its own Tumblr account, and by last night the band themselves caught wind of the meme. At the Brit Awards--while accepting one of their awards (they took home trophies for Best International Album and Best International Group)--Win Butler said, "We're called Arcade Fire--check it out on Google."

Full Brit winner list (Bieber and Mumford & Sons included) and some videos below...