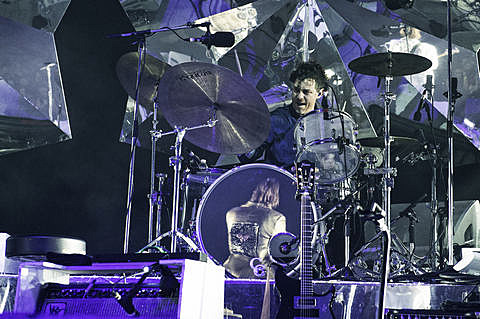 Arcade Fire drummer Jeremy Gara announced his self-produced debut solo album, Limn, will be out on March 11 via NRCSS Industry. He shared the album's opening track, "Divinity," a dense instrumental, which you can listen to below. He's also promising a tour -- stay tuned for details.

In other Arcade Fire news, Drake, who is coaching Team Canada in the NBA All-Star Celebrity Game, enlisted Arcade Fire frontman Win Butler in Team Canada. This will be his second year in a row playing. They'll be playing against Team USA, coached by comedian Kevin Hart. The game, which is hosted in Toronto, airs live on February 12 on ESPN.

Arcade Fire, who have collaborated with David Bowie multiple times, wrote a tribute to him. If you missed it, read that here.

Check out the tracklist for Limn below.