one of eight covers... 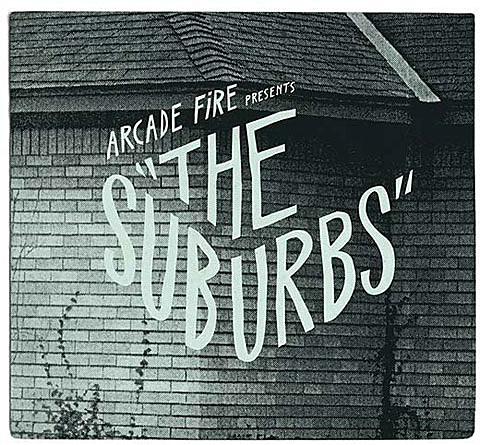 "Last year's war of words between the Flaming Lips' Wayne Coyne and Arcade Fire front man Win Butler was, at the time, an enjoyable diversion. Although Coyne's comments (about what he perceived as arrogance in Butler's crew) seemed somewhat impolite and petty, the flare-up between the two acts injected some energy and fun into a modern rock scene that is too often stuffy and image-conscious. Butler responded, Coyne apologized then retracted his apology, and finally the whole affair died down. Both bands continued to sell records and make money.

Recently, I received Arcade Fire's latest album The Suburbs and listened closely and repeatedly to its hour of malaise. Suddenly, the conflict between Coyne and Butler didn't seem so inconsequential, but rather relevant and perfectly understandable. Coyne is an eternally youthful figure fronting a band that, decades into its career, all but demands participation, energy and joy from listeners and fans. Butler is an intense, brooding 30-year-old who received unparalleled acclaim right out of the gate, but for some reason seems increasingly remote and filled with angst. If Coyne experienced first-hand even a small dose of the dissatisfaction that permeates The Suburbs, then it stands to reason that he found the attitude off-putting. The two worldviews have very little in common." [PopMatters]

NPR is streaming "The Suburbs" in full.

Arcade Fire's current tour had them at the Osheaga Festival in Montreal on Saturday and at Bank of America Pavillion in Boston last night. Tonight (8/2) they play the Mann Center in Philly. Then August 4th and 5th are the two giant shows at Madison Square Garden, both with Owen Pallett and Spoon, the second of which will be streamed on YouTube...

The Arcade Fire show kicks off Unstaged, a new online concert series being launched by American Express and streamed on YouTube. The Montreal-based band will live stream their Aug. 5 concert at 10 p.m. ET, the second of two shows at MSG.

Gilliam, whose films include Brazil and 12 Monkeys, last released The Imaginarium of Dr. Parnassus in December.

It's the first in a planned series of five live streamed concerts, with John Legend and the Roots to follow. Others will be announced later. [USA Today]

The Arcade Fire stream happens HERE. But why watch the stream when you can experience it live for free? I have two pairs of tickets to giveaway to that 8/5 show (you can also still buy them). Contest details, with the stream trailer, below...

TO WIN ARCADE FIRE TIX: To win a pair of tickets to see Arcade Fire at MSG, email BVCONTESTS@HOTMAIL.COM (subject: Arcade Fire). Include your first and last name. Two winners will be picked at random and contacted.