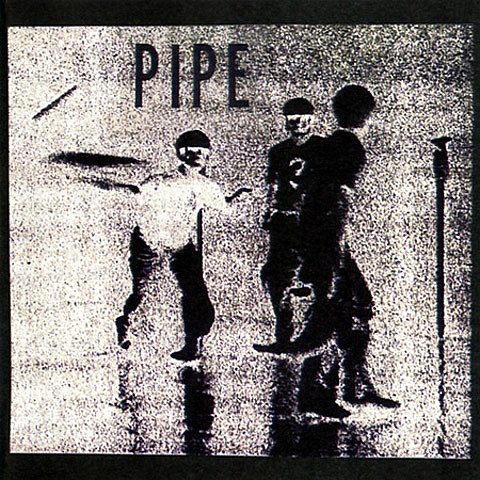 Tickets are now back on sale (but probably not for long) for the Archers of Loaf show at Bowery Ballroom TONIGHT (4/26) (MHoW show on 4/29 is now sold out).

As discussed, Hundred Visions (insert joke about Eighteen Visions here) will open the show, but direct support will come from Chapel Hill band, and the Archers' Merge label-mates, Pipe.

Pipe is possibly the closest thing Chapel Hill's ever had to an SST band: Their raw, aggressive roar blended the hookiness of early punk with the hard-hewn fits of early American hardcore. There's a loose-limbed abandon to songs like "Sonic Scout" and "Hammer God" that recalls the Circle Jerks, while blasts like "Bowling for Fuckers" just crank up the Marshalls and charge like the Stooges. Their fearless leader and singer, Ron Liberti, is the ringmaster taking listeners down dark hallways and through the banal indignities of life. -[Pipe bio]

Pipe called it quits in 1999, but reunited before (like at Merge XX). The band is on board for a few Archers of Loaf shows and will also play Hopscotch this year, joining an eclectic lineup of everything from Altar of Plagues to The Jesus & Mary Chain.

Check out some Pipe material and all tour dates below.

Titus Andronicus open the Brooklyn show instead of Pipe.