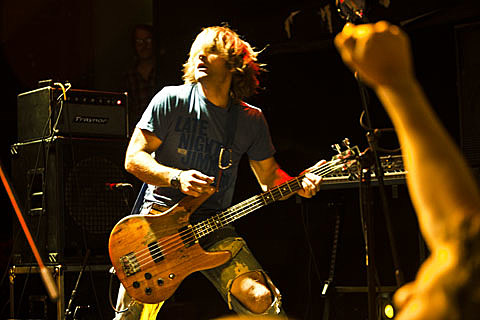 We finally posted those Archers of Loaf Bowery Ballroom pictures yesterday, and then today this happens:

The Village Voice, the nation's largest alternative weekly newspaper, is thrilled to announce the Archers Of Loaf added to this year's The 4Knots Music Festival at the South Street Seaport, Piers 16 & 17 on Saturday, July 14, 2012 from 1:00 - 8:00 PM. Team Spirit, Doldrums and Devin will also join the bill, featuring The Drums, Crocodiles, Hospitality, Bleached and Nick Waterhouse. More artists to be announced.

Archers of Loaf and Doldrums both also play the Sled Island Festival this summer. Doldrums recently opened for Bear in Heaven.

And speaking of Nick Waterhouse, he just played Mercury Lounge, but unlike as previously reported, will not be back to play Dekalb Market. 4Knots is his next NYC show.

Other free shows coming up at South Street Seaport are listed HERE. No official word on whether they'll be another 4Knots pre-show like there was with Ted Leo last year (but stay tuned).