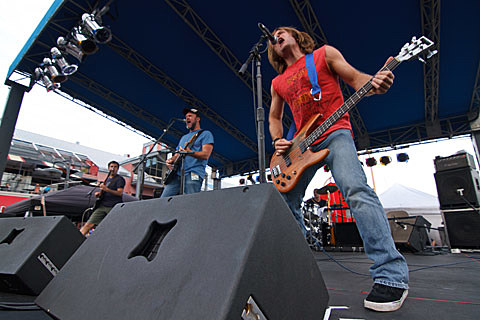 North Carolina indie rockers Archers of Loaf reunited in 2011 and played, among other shows, two nights at local haunt Cat's Cradle. Those shows were filmed as part of a documentary, What Did You Expect?, which screened here in NYC at the 2012 CBGB Festival. Those two Cat's Cradle shows are forming a double-live LP titled Curse of the Loaf which comes with a DVD of the documentary and a replica of the concert poster from the shows. A presale for the limited-edition record will be available the first week of June. Meanwhile, you can check out artwork, tracklist and stream "Harnessed in Slums" from it below.

NYC last saw Archers of Loaf at the 2012 4Knots Festival, and they'll return this summer at Music Hall of Williamsburg on July 10 as part of a quick run which also includes dates in Washington DC and Philadelphia. Tickets for the NYC show go on sale Friday (5/8) at noon with an AmEx presale starting Wednesday (5/6) at noon. All tour dates are listed below... 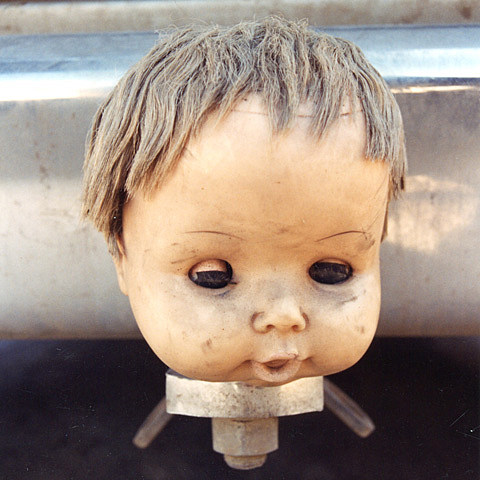 Archers of Loaf - Curse of the Loaf tracklist:
Side One - Audiowhore / Harnessed in Slums / Dead Red Eyes / Worst Defense / Attack of the Killer Bees / 1985 / Fabricoh
Side Two - Greatest of All Time / Lowest Part is Free / Freezing Point /What Did You Expect? / You and Me / Might
Side Three - Bacteria / Web in Front / Nostalgia / Slow Worm /Step Into the Light
Side Four - Wrong / Plumbline / Revenge /Scenic Pastures /Form and File / All Hail the Black Market