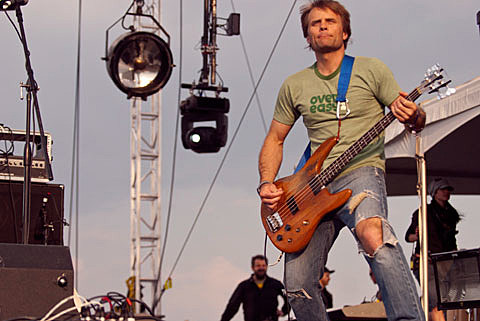 This weekend marks the return of '90s indie legends Archers of Loaf who play Music Hall of Williamsburg on Saturday (6/25, sold out) and Webster Hall on Sunday (6.26, you can still get tickets). Opening both shows are Mr. Dream which is as perfect an opener as you could imagine.

I didn't care for their later records (or Eric Bachman's Crooked Fingers) but Archers of Loaf's 1993 debut, Icky Mettle, is an indie rock classic that stands tall alongside No Pocky for Kitty, Slanted & Enchanted, There's Nothing Wrong with Love and Sebadoh III. 1995's Vee Vee is pretty awesome too, and both records are getting the expanded reissue treatment from Merge Records in August. You can download "What Did You Expect?" (a 1994 7"-only release) at the top of this post.

Speaking of Mr. Dream, despite the Voice saying that the lineup was final, they added Mr. Dream today to the upcoming 4Knots Fest at South Street Seaport, and DJs and an indoor lounge too...

The Village Voice is excited to announce the addition of the 4Knots Indoor Lounge during the 4Knots Music Festival on Saturday, July 16, 2011. The lounge, located at 210 Front Street, will be open from 2PM till Midnight with free admission, 21+ only. DJ Sets will take place all day from: Yeasayer, Dan Deacon, Finger on the Pulse, PUNCHES, Brahms, and others TBD. Drink specials from Sailor Jerry and Bud Light will be available along with a PopChips photo booth, and much more.

The inaugural 4Knots Music Festival with also include live music on South Street Seaport Pier 17 from 1-8pm. The Black Angels, Titus Andronicus, Davila 666, Oberhofer, Eleanor Friedberger and Mr. Dream and are all scheduled to perform on the outdoor stage at the free, all day, all ages music festival. 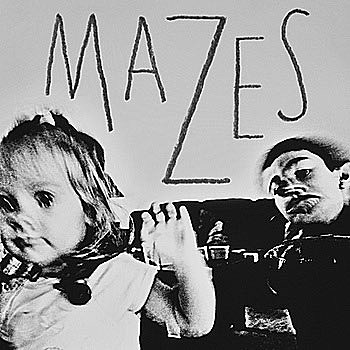 While we're in the '90s milleiu, Mazes are here opening for White Denim on Saturday night (6/25) at Bowery Ballroom. I'll just quote myself here:

When you think Manchester, England you may think Stone Roses and The Smiths, but in the case of Mazes, it's more Sebadoh and Soul Asylum. Not unlike Yuck, this trio owe lots to '90s indie rock as can be heard on their debut album A Thousand Heys which came out in April.

A Thousand Heys is full of catchy singalongs -- like their current single "Summer Hits" -- and well worth checking out. (Samples from the album are streaming at their label's website.) You can download a previously unreleased track, "Brunswick Stack," at the bottom of this post via a Soundcloud widget.

And if you can't make it this weekend, Mazes return for a headlining show at Glasslands on Tuesday, July 5 where they'll play with Beige, Country Mice, and The Hairs. 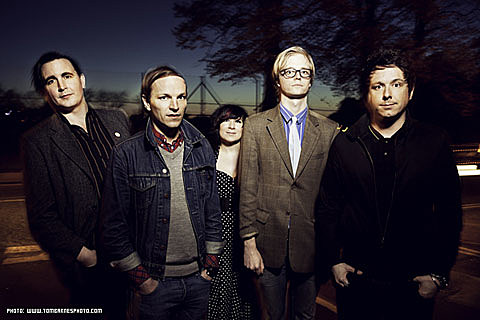 What else? Art Brut are on tour and played Maxwell's last night and will be at Music Hall of Williamsburg Thursday (6/23). The band's new album, Brilliant! Tragic!, finds Eddie Argos taking it down a notch and almost singing. Almost. It's really more of a whispery type thing -- not unlike Jarvis Cocker -- and for the most part I think it works pretty well. I especially like the single, "Lost Weekend," which you can download at the top of this post. More than anything, I think the music is the best Art Brut have come up with since their debut. And the band remain a lot of fun to see live. Argos is the real deal. 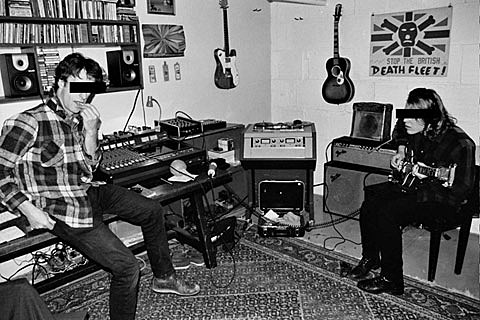 Sic Alps roll through town on Friday, playing Death By Audio with Spectre Folk and Weekends. As previously reported, founding member Matt Hartman -- who was half the band originally -- has left the group which is kind of weird Mike Donovan is carrying on with the name with Eric Baur and some kid named Ty Segall (who had briefly joined the band a couple years ago). Shouldn't they be called Sic Andes or something now?

Granted, Mike Donovan did most of the singing (and maybe wrote most of the songs) and I'm gonna bet this new version of the band is pretty awesome. Sic Alps most recent album, Napa Asylum, is another smoldering, thick stew of swamp garage. A lot of bands use the low-fi thing as a crutch, but Sic Alps have always used sludge like it's a member of the band. A new 7", perhaps the first fruits of this new line-up, is out in August. 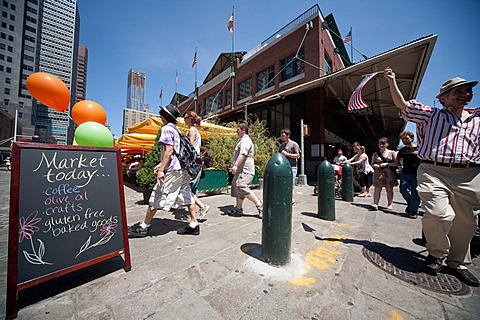 And finally, a little shameless plugging. Sunday afternoon, June 26th, is the first of my four Sound Bites Series shows which take place at the Fullton Stall Market down at South Street Seaport. You can get your vegetables and jingle jangle indiepop all in one place. This Sunday the latter is provided by scene stalwarts My Teenage Stride. The fun (which includes me DJing before the band) starts at 2PM, and it's all free. Do come down and say hi.

This is the full Sunday show lineup:

July 10th is also the first of six free shows at Beekman Beer Garden which is at South Street Seaport too. The free Friday Seaport shows begin this Friday, but more about that below.

Iceage play a free show at Other Music today.

Black Dice's Eric Copeland, McDonalds and Regal Degal play Secret Project Robot. It's a record release party for both Copeland and McDonalds, so do check out the merch table. The Copeland record, Waco Taco Combo, is only a 500 copy pressing.

Dinosaur Jr. are at Terminal 5 performing their classic 1988 album Bug (that's the one with "Freak Scene") in its entirety. And probably some other songs as well. Many people will be going just to see Fucked Up, not to mention Off!.

Beach Fossils and Javelin play Santos Party House. It's a free show if you RSVP. 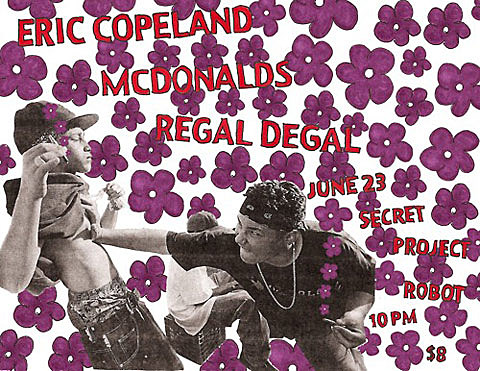 It's the return of the Seaport Music Festival. I'm not super psyched about Sean Lennon's The Ghost of a Sabretooth Tiger, but  opener Blood Orange (aka Dev "Lightspeed Champion" Hines) is worth venturing down for.

Austin's The Strange Boys play 92Y Tribeca with L.A.'s White Fence (who I thought were terrific at Northside last weekend) and The Babies who also played Northside.

If you missed Iceage at Northside Festival (and at Other Music and at the secret show they played at 538 Johnson), go see them at 285 Kent with JEFF the Brotherhood which is a crazy enough show to go to without even having a very special (possibly Canadian) guest. This show will be bonkers.

That's it for this edition of TWII. Videos and tour dates below...

Archers of Loaf - Web in Front

Archers of Loaf - Harnessed in Slums