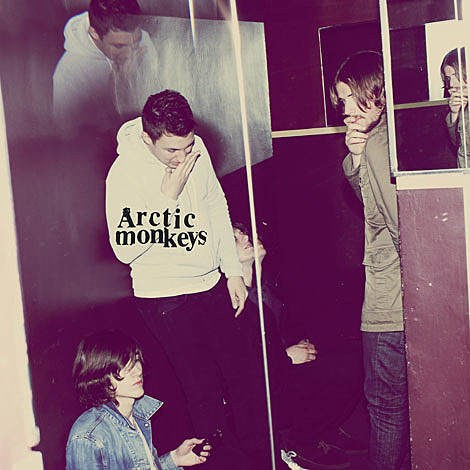 "Arctic Monkeys are poised to release their third album Humbug on Tuesday, August 25th, 2009. The cover art [is above].

Produced by Josh Homme in the Mojave Desert and Los Angeles and James Ford in Brooklyn, Humbug features 10 brand new Arctic Monkeys' songs. Fans can now pre-order the album in bundle form, with a collectible, limited edition poster, from the band's website.

The band, who will be headlining the Reading and Leeds Festivals in the UK in August and playing the following shows over the summer, have announced 4 new shows in the US in August."

One of those new shows is at Highline Ballroom in NYC on August 3rd which is one day after they play Osheaga in Montreal which is one day after they play All Points West in NJ. They also added dates in Boston and Chicago leading up to their August 8th appearance at Lollapalooza. Tickets for the NYC show are on sale. (Password: secretdoor) (thx Tiki & Hiro!). All dates below...