Arctic Monkeys at Summerstage in May (more by Dana (Distortion) Yavin) 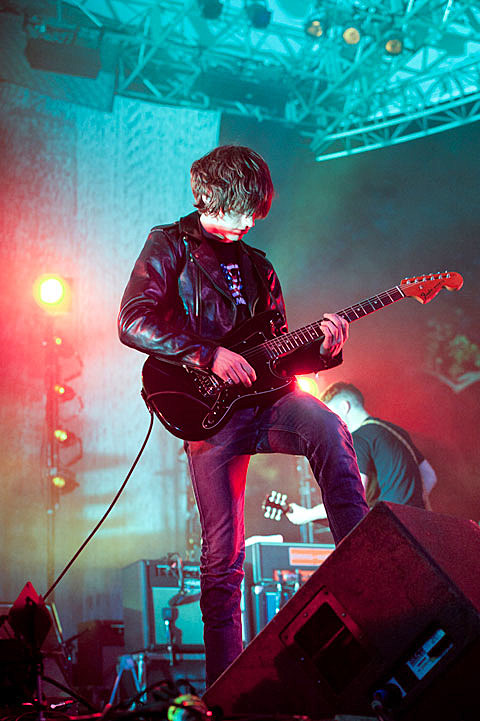 Arctic Monkeys, who just headlined Summerstage, are back for another North American tour late this summer and early fall. First they'll play a run of August dates which include Lollapalooza and Outside Lands. Then, after returning to Europe for a few festivals there, the Monkeys will head out on another North American run in September and October with Smith Westerns opening most of the dates. The tour doesn't hit NYC at the moment, but the band will play Atlantic City, NJ on October 14 at Showboat Atlantic City. Check Arctic Monkeys' website for pre-sale info and ticketmaster for general sale, which starts Friday (7/15) at 10 AM. Hopefully the band will find time to stop in NY while they're here.

Arctic Monkeys also recently made a video for Suck It and See track "The Hellcat Spangled Shalala." The video was directed by Focus Creeps, who were also the duo behind the acid visuals of Arctic Monkeys' "Don't Sit Down 'Cause I've Moved Your Chair" video.

Check out both of those videos and all tour dates below...